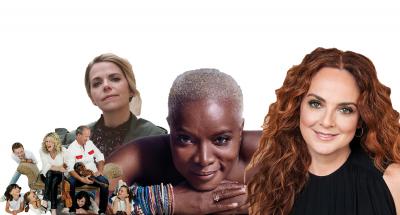 There is an otherworldly, transporting quality to the music of Irish-American songstress Aofie O'Donovan. So much so that if you tune into her MIAC season-opening virtual performance Thursday night, you might forget you're sitting in front of a computer screen altogether. That's exactly the result Dr. Brett Johnson, director of the Mercyhurst Institute for Arts and Culture, is hoping for.

As with just about anything event-related this year, planning the 2020-21 MIAC season was a challenge. Ever since the novel coronavirus emerged to take the spotlight, the arts and entertainment world has been holding its collective breath, anxiously waiting for it to exit stage left. Johnson and others in his position have had no choice but to constantly revise their scripts and rehearse for contingencies.

"With most live arts programming on hold due to COVID-19, we decided to fill the gap by offering free virtual programming this fall while preparing to launch our popular MIAC Live series in March 2021," explained Johnson. "In this way, we can provide some much-needed entertainment while continuing our mission of offering world-class performing arts experiences that lift the spirit, galvanize the intellect, stimulate the imagination, and encourage the free exchange of ideas."

No one's quite sure what surprises might come swinging down from the rigging or jumping up from the floor between now and then, but maybe — just maybe — the curtain will be closing on COVID-19 at that point. In the meantime, Johnson and his team have done their best to ensure the virtual performances are of the same caliber regular attendees have come to expect, despite the necessary pivot in presentation.

"The artists in our fall lineup will all be performing from their homes, thereby allowing audiences to connect with them and their artistry in a different, more intimate way," said Johnson.

And for those who perchance do not know what to expect from a MIAC production, the virtual performances will be accessible absolutely free of charge — no stunts required, just online registration at miac.mercyhurst.edu

"While there's no substitute for live performance, I hope that, post-pandemic, arts organizations continue utilizing some of the technology we've employed over the past six months because it's made live performance available and accessible to a broader audience," Johnson expressed.

Register before 7:30 p.m. this Thursday and you'll be treated to the mesmerizing vocals of O'Donovan, who is:

"The intimacy of a virtual concert is perfectly suited to an artist like Aoife O'Donovan, whose ethereal voice and impeccable musicianship invites you to lean in to her performances. I cannot think of a better way to launch our virtual concert series," Johnson enthused.

MIAC virtual programming will continue throughout the fall, with performances on the following dates:

Fans of stage and screen can look forward to (hopefully) catching the following performances live on Mercyhurst's campus in 2021:

Note that the MIAC box office will not be open — nor will tickets be available to the live events — until January 4, 2021. Season ticket packages will not be offered for 2020-21; however, MIAC will begin offering them for 2021-22 sometime next summer.