Michael Kosta now serves up both on the standup stage and in the studio. 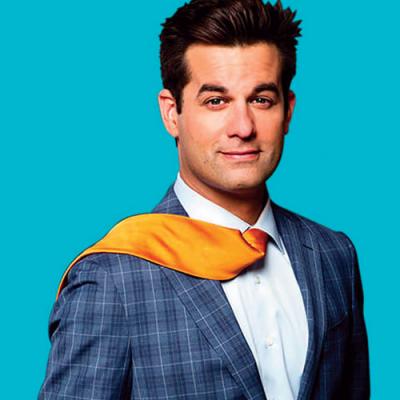 The one-time 864th-ranked player in professional tennis is about to raise a racket in the 814 … as a professional comedian.

Michael Kosta now serves them up both on the standup stage and in the studio, currently presiding over The Comment Section on the E! entertainment network. The show plumbs some of the 21st century's richest resources of comedy – the internet and social media – to make sense of (and/or fun of) the current climate of pop culture. Kosta previously appeared on E!'s The Soup Investigates and FS1's The Crowd Goes Wild, which took a similarly lighthearted glance at the world of sports. He was also a frequent guest on The Tonight Show with Jay Leno and Chelsea Lately with Chelsea Handler.

Kosta's standup material does not deviate too much from his network material – only he addresses how modern phenomena in culture and dating affect Michael Kosta (he is wont to refer to himself in the third person, especially in his more animated bits). He has a gift for punctuating his anecdotes with ironic twists and flips subjects at a brisk pace without rushing through them – as a former athlete, he has honed an innate sense of timing and thrives on finding his zone. That being the case, Kosta is very intolerant of distractions – he will verbally backhand you if he catches you dickering with mobile devices during his show, so please remember your courtesies.

Like the perfect lob shot, comedy is about toying with expectations and exploiting the boundaries … in that aspect, Kosta ranks much higher than 864th worldwide. Reserve your ticket to watch him play. – Matt Swanseger