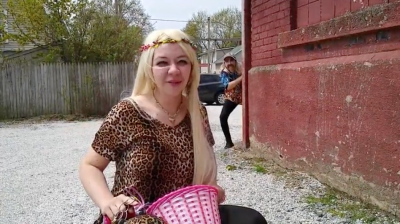 For years, H. Jack Langer had the market cornered on the laughable local commercial. No longer. MUNIO, an Erie innovator of self-defense products, delivers a strike with its latest spot, which riffs on a certain Netflix docuseries that has earned its stripes with viewers.

Demonstrating the effectiveness of MUNIO's patented Self-Defense Keychain, Tiger King's Carole Baskin fends off a lurking Joe Exotic, covering him in "sardine oil" and leaving him to be finished off by one of her ferocious "felines."

MUNIO Self-Defense Keychains allow one to gain distance from an attacker by striking with its point (it's shaped like an elongated and slightly blunted arrowhead) or whipping with the attached set of keys, and comes in a variety of colorful designs. It neatly and safely fits in pockets or purses, more discreet than pepper spray or a stun gun — and certainly a knife or handgun.

Their mission is to create safer lives and communities, particularly for women. Statistics show that a woman who fights back aggressively against an assailant has an 86 percent of escaping without incurring additional injury.

Watch their Tiger King parody below: