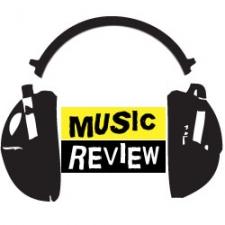 On her fourth album, Ottawa singer songwriter Kathleen Edwards reeled in some impressive outside help. Edwards' boyfriend Justin Vernon, of Bon Iver fame, co-produced "Voyageur," and his impact on the record is noticeable. Instead of a rougher album, "Voyageur" takes on a more layered approach, with sonic expanses filling the voids between Edwards' sweet vocals. Still, despite the slight change in direction and high-profile guest, "Voyageur" is definitely Edwards' album.  From the opening track, Edwards' voice guides the record, visiting themes of despair and acceptance. Edwards sounds at home on both slower ballads and the more upbeat tunes, going from hushed lines in "A Soft Place to Land" to the breezy "Change the Sheets." In album closer "For the Record," Edwards admits that, really, she "only wanted to sing songs." After listening to "Voyageur," she can sing as many as she wants. -Alex Bieler

"America Give Up" marks the Minnesota quintet's full-length debut, so it's impressive how effortless the album sounds. For 32 minutes, Howler zip through 11 fuzzed-out tracks, chock full of snotty vocals and catchy guitar hooks. With a sound akin to The Strokes after soaking in the beach sun with tinges of The Buzzcocks and The Jesus & Mary Chain, there's a lot to like on the album. However, "America" doesn't have the same staying power that early Strokes tracks did. Many of the tracks, including the amusingly titled "Beach Sluts" and "Pythagorean Fearem," are very enjoyable, but don't stick around for long after the track ends.  "America" is chock full of handclaps, power chords, and sunny vibes, but could use a few more definitive tracks that drag listeners back to their headphones. "America Give Up" is an enjoyable album, but I never really gave in. -Alex Bieler

The London indie rockers moved into a new direction on their third album.  The quintet move into dream pop territory on "Given to the Wild," a departure from the Futureheads-esque sound they displayed on the debut. From the two-minute spacey instrumental intro, it's evident that the band seems more relaxed, more mature. Singer Orlando Weeks sounds much more laidback, abandoning the jumpy, hyper singing style of the past for a smoother approach that flows effortlessly with each song. The album moves from the gentle pulses of "Child" to the upbeat "Pelican" quite well, while maintaining a darker undercurrent of synths in the background. However, at 53 minutes, the album drags at points and could have benefitted from cutting a few songs. Still, reaffirmed by the hopeful build of echoing guitars closing out the album in "Grew Up at Midnight," "Wild" shows that its highs and are more than worth the lows. -Alex Bieler

First, let's talk "Supernatural." That steaming pile of santorum was the soulless corporate byproduct of a cocaine-addled marketing team who thought it would be a good idea to pair an aging superstar with rising "superstars" of 1999, like Rob Thomas and Everlast. Seriously. Cocaine is a hell of a drug. In short, "Supernatural" was a curt ploy to attract younger audiences to a guitarist who had, for years prior, resigned himself to playing a caricature of himself, which may have left some of you kids wondering, "Why is this man such a revered guitar genius amongst older generations?"

To answer that question, check out this 1973 release. Intended as a tribute to John Coltrane, Santana and McLaughlin turn Trane's simmering severity up to eleven while fusing non-western themes and face-melting intensity with technical brilliance, while cementing their own reputations as guitar gods.
-Cory Vaillancourt