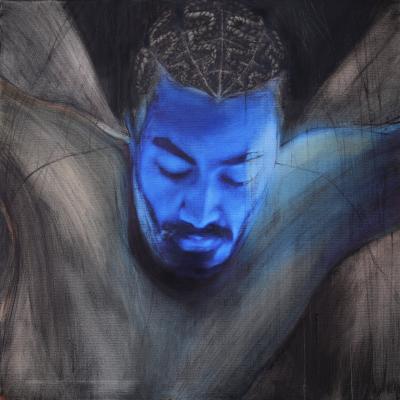 Navy Blue (born Sage Elsesser) has a lot to say. This is evidenced by the fact that he released not only one, but two albums in 2020; while his debut album, Àdá Irin, followed in the footsteps of collaborator Earl Sweatshirt and got the job done in just 29 minutes, Songs of Sage: Post Panic! nearly doubles that runtime, incorporating stronger production, more varied beats, and most interestingly, the human voice as an instrument. If it were released earlier in the year, it would have been a strong contender for the best hip-hop album of 2020.

"I'm tired of the shooting," starts "Tired," before Blue continues, explaining "They complains about their gun rights/They killing us for sport." It's a contemplative look at the protests for racial justice this past summer, and it's especially affecting sitting early at track two. Later, Blue drops an unforgettable hook on "1491": "I used to kiss my Saint Christopher, f*ck Christopher Columbus." Loosely coinciding with the loss of MF DOOM, Navy Blue is far from an exact replacement, but it's relieving to know that up-and-coming conscious rap is in more-than-capable — scratch that — good hands.