BT Sessions, Daft Punk, The National, and She & Him 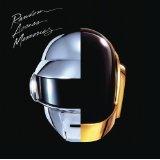 Conceptualized with a longing to share the "truth of the moment," Basement Transmissions' first round of "Sessions," captures the raw essence of each female musician's style in this 11 song LP. Amber Alley's tone is reminiscent of The Moldy Peaches with the addition of a banjo. Her storytelling comes through strings of rapid-fire lyrics over off-tempo rhythms. While some of the music feels disjointed, there is a definite comfort in that dissonance. Some of the album returns to the '90s – Fiona Apple, Hole, and Alanis Morissette vocal patterns paired with a single grungy-clean electric guitar. Life(Liss) takes "Sessions" in a darker corner while Optimistic Apocalypse lightens them. Optimistic Apocalypse's sweet melodies, simple guitar, and smooth "Ooos" between verses will lead songs like "Careless Fearless" and "Find Your Soul" onto many Indie lovers' playlists. With her Regina Spektor-Hayley Williams voice, she adds a charming pop-based warmth to the album. - Matt Flowers / 4 Stars

Displeased with the current Electronic Dance Music scene, Daft Punk decided to make a stand against the laptop-wielding youths that rely solely on technology for their music. For a pair of guys dressed as space-age robots, it may seem a bit hypocritical, but on "Random Access Memories," Thomas Bangalter and Guy-Manuel de Homem-Christo return to a less computerized time for inspiration, channeling '70s disco, prog, and soft rock. By now, you've likely heard the insanely catchy hit "Get Lucky," featuring Pharrell Williams on vocals, which grooves along, the guitar riff leading the fairly simple song through to its end. Songs like "Giorgio by Moroder" and "Touch" display influences of guests Giorgio Moroder and Paul Williams over shifting eight-minute-plus tracks. Some songs like "Game of Love" tend to drag, but "Random Access Memories" serves as a fun throwback that, while never reaching the heights of previous Daft Punk albums, is a welcomed return. – Alex Bieler / 4 Stars

Trouble Will Find Me

An album title like "Trouble Will Find Me" should come as no surprise to anyone that's heard The National. After gaining more and more fans with releases like "Alligator," "Boxer," and "High Violet," the Cincinnati-bred band sounds quite at home when they seem down in the dumps, crafting gorgeously detailed songs about expectations and existential dread. "Trouble Will Find Me" continues along this same path, with the quintet's notorious attention to detail evident throughout. At first, the new release seems quieter, almost simpler than of those before, but on return listens, different parts shine that you may not have noticed before. Matt Berninger's baritone, at times pleading and at others resigned, hits you first, but then Bryan Devendorf's imaginative drumming or the Dessner twins' layered guitar work add an impressive depth to these wonderfully sad songs. They may not be the happiest bunch of guys, but they sure sound good. – Alex Bieler / 4.5 Stars

When news hit that Zooey Deschanel and Ben Gibbard [of Death Cab for Cutie and the Postal Service] had split, listeners first wondered what a post-divorce Gibbard would sound like, as much of his pre-marriage work centered in angst and relationship struggles. With Gibbard's time come and gone, we now see a post-marriage Deschanel – still clever and witty but perhaps a bit more insightful. On "Never Wanted Your Love," she croons, "All I know is that I'm tired of being clever. Everybody's clever these days," offering more introspection than before. Obviously she's clever and she knows it – we all know it based on past She & Him efforts – and M. Ward is a remarkably clever songwriting companion, crafting catchy hooks and beautifully simple melodies. "Vol. 3" retains She & Him's effervescent sound – recalling that of the Beach Boys and others perfect summer listening – but adds a welcomed new lyrical profundity. – Ben Speggen / 3.5 Stars