From Against Me! to Broken Bells, here are some four-star albums for your listening pleasure. 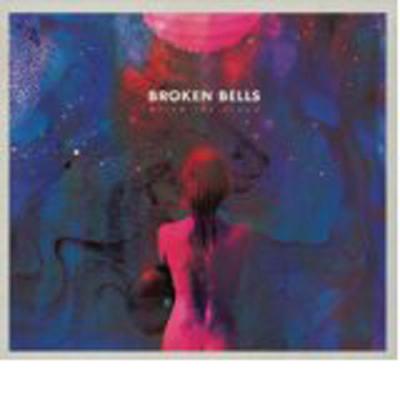 Brothers and Sisters of the Eternal Sun

Two years after the release of Maraqopa, Damien Jurado returns with a sequel to the 2012 concept album. The Seattle singer/songwriter revisits the mysterious world of Maroqopa on Brothers and Sisters of the Eternal Sun, with 10 different stories to tell about a man who gets lost during the search to find himself, all rife with references to religion and outer space. The themes aren't the only similarity on Brothers and Sisters, as The Shins' Richard Swift returns as producer, helping to create the lush sonic world around Jurado's heavily reverberating warble of a voice. The results are fascinating, especially on the psychedelic second track "Silver Timothy," as Jurado expands from the simple folk tunes that marked his earlier work. Still, there are remnants of his finger-picking past on a gorgeous two-song stretch of "Silver Katherine" and "Silver Joy" near the end of the album, a lovely closing tale during a welcome return to Maraqopa. - Alex Bieler

Against Me! lead singer Laura Jane Grace shocked quite a few people when she came out as transgender in 2012, an announcement that left the future of the Florida punk-rock band in doubt, as two members from the Tom Gabel era left the band. Grace powered through the transition with longtime guitarist James Bowman, resulting in the band's searing new album Transgender Dysphoria Blues, a personal concept piece about a transgender prostitute. Grace isn't too interested in subtleties on the album, yelping "you want them to see you like they see any other girl, they just see a faggot" on the fiery title track. Appropriately, Grace is the star of the show, able to pull off lines like "There's a brave new world that's raging inside of me" with sincerity. Transgender Dysphoria Blues hits hard, a 29-minute blast of passion that, while not entirely consistent, still ends up rocking. - Alex Bieler

After dealing out heavy doses of pleasant indie-pop on their self-titled debut album, Brooklyn trio Hospitality got a little rougher around the edges for Trouble. The new album finds front woman Amber Papini and her bandmates trading in the cute twee and simple acoustic guitar strummings that marked their first album for a slightly tougher sound and some darker lyrics. Opening track "Nightingale" introduces an unexpected slow burn of a song that leads into more cymbal crashes and synths than one would expect from Hospitality. "I Miss Your Bones" proves to be a catchy four minutes of wiry guitars, letting Papini play the part of a cool, collected rocker. Eventually the album starts to return to more familiar Hospitality territory, like on the gentle, swaying "It's Not Serious." It's not an unwelcome return to their original sound, but it splits Trouble awkwardly. Still, both halves have their moments, although it's not as much of a cohesive experience. - Alex Bieler

It's an East meets West, Day juxtaposed against Night-kind-of combo that's so different that it was distinct, fresh, and unencumbered by its opposed polar forces pushing in at the creative center. On one side, there's Danger Mouse, the mega-producer hip-hop artist; on the other, there's James Mercer, the posterboy for angsty bearded hipster singer-songwriters. And together, they teamed up to release their debut, self-titled album in 2010. Four years later, the duo is back at it – and even better at it. After the Disco, as its name suggests, features a bit more of a disco-esque mood than Broken Bells, but the consistency from song to song is clearer here as Danger Mouse's bloops and bleeps bounce better with Mercer's how-do-I-deal-with-the-world-around-me meandering lyrics. Lead single and album-standout "Holding On For Life" is straight-up Bee Gees meets Hall & Oates meets Steely Dan – and it's a beautiful get-together. - Ben Speggen