One of these albums received a five-star review. Click here to find out which one comes out on top. 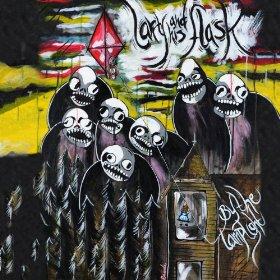 Larry And His Flask

"By The Lamplight" opens with the harmonious a cappella crooning of the word "pandemonium," the title of the track that opens Larry And His Flask's latest LP. After such brief sweetness, musical pandemonium rips the album open as a sonorous cacophony of brilliant anti-folk punk-bluegrass erupts in powerful delight. "Lamplight" retains the signature LAHF sound found on previous efforts (think of what might result if Johnny Cash, Queens of the Stone Age, and Dropkick Murphys met Mumford & Sons in a dive bar, bought the lads a few rounds of whiskey, and taught them how to fight and really be angry). But the album's highest points are found in more demure songs, like "Gone From You" and "All That We've Seen," which show the band's capable of more than kerosene-soaked ankle-breaking bootstompers. But both of those tracks are followed by ratcheted-up toe-tappers, proving LAHF has both balls and heart with no signs of slowing down.  — Ben Speggen / 5 Stars

Like the Owen albums that preceded it, "L'Ami du Peuple" sure makes you feel for Mike Kinsella. The Chicago multi-instrumentalist has been performing under the moniker Owen for over a decade now, releasing another album's worth of confessionals, trading in the mesh screen and priest for a guitar and a microphone. However, "L'Ami du Peuple" does mark a bit of a shift in Owen's sound, turning up the volume and introducing more electric guitars than before, most notably on the track "Bad Blood." Fans of older Owen material needn't worry though, as the new release as Kinsella still packs the album full of his exquisitely picked acoustic guitar and heartbreaking vocal delivery, dealing out lines like, "I'm a dad and my dad's dead" amid musings on married life and familial relations. "L'Ami du Peuple" showcases Kinsella's talents, plus adds a little something new to keep things interesting. — Alex Bieler / 4 Stars

As many bands do, Smith Westerns take a spin back to the '60s for parts of the Chicago indie-pop group's latest album. In fact, the young band travels across time throughout the album, starting with the Beatles-inspired opener "3am Spiritual," a 4-plus minute piece that greets listeners with warm synths and chiming guitars, including a solo that wouldn't have been out of place on "Abbey Road." From there, we get touches of '80s keyboards and a Pink Floyd-esque instrumental track in "XXIII." It's all certainly quite pretty and wonderfully produced (you can thank producer Chris Coady, who's worked with Beach House and Grizzly Bear), and Cullen Omori's vocals certainly feel at home in the throwback feel despite being in his early 20s. "Soft Will" tends to lag halfway through due to its insistence on mellow, echoing songs, but there are some lovely tracks here. — Alex Bieler / 3.5 Stars

With a name like Bass Drum of Death, native Mississippian John Barret's band certainly sounds like band that would be at home in a garage. It's apt then that the eponymous second release for the Barret's group specializes in fuzzed-out guitar riffs and crashing drums. While not as fast-paced as 2011's full-length debut "GB City," "Bass Drum of Death" is another lo-fi affair into down-and-dirty garage rock with some blues-rock tinges here and there. Lead track "I Wanna Be Forgotten" starts off on a good note, introducing listeners to Barret's catchy string-work and muddled vocals, which can't always be understood. There are some quibbles in terms of mixing, such as a bass line that could have been potted up in the aforementioned track and the constant reverb on Barret's voice, but songs like "Crawling After You" and "Shattered Me" are solid tracks despite such faults.  — Alex Bieler / 3.5 Stars