Jay Z's big miss and the Editor's let down are amongst this issue's lows. 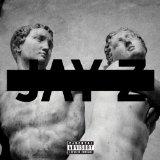 Jay Z's conflicted. He's found ultimate success and retired once already. But he's still young-ish, and still creatively minded. How to handle that conflict? Release an album that goes platinum before it hits shelves – and explore that conflict on said album. "I'm never satisfied, can't knock my hustle," he raps on "Picasso Baby." "I wanna Rothko, no I wanna brothel. No, I wanna a wife that f--- me like a prostitute." Jay Z continues to navigate such conflict, but he seems to lose interest before the song finishes and seems breathless – both bored and tired. Album opener "Holy Grail," strikes an even more unnerving chord, with Jay Z namedropping Kurt Cobain, welcoming Justin Timberlake to croon an adapted "And we're all just entertainers. And we're stupid, and contagious." Jay Z is an entertainer, his music – the beats, the wordplay, the execution – all contagious. But while he's not stupid, he's bored and tired – and it shows in this mediocre album. - Ben Speggen 3 Stars

The Weight of Your Love

The music a person chooses to listen to can often reflect their mood. Doom and gloom can call for a sad tune and joyous songs can perfectly accompany a bright disposition. If one were to guess how you felt when listening to "The Weight of Your Love," it would likely be bored. The latest album by Birmingham, England band Editors continues their downward trend of recycling old British '80s acts without really putting their own stamp on it. Shades of dark Depeche Mode synths, some U2 balladry, and the unavoidable Joy Division connection given singer Tom Smith's deep croon permeate the album, but it all amounts to a group of songs that, while not necessarily bad, never grab your attention, aside from the occasional clichéd lyric., making for an album that's just rather boring. - Alex Bieler 2 Stars

After 28 years with Parlophone, British electro-pop legends Pet Shop Boys moved on to their own label, releasing latest album "Electric" on x2. Despite having been able to retire comfortably due to past successes, Neil Tennant and Chris Lowe still sound fresh after 30 years. Unlike last year's more subdued "Elysium," "Electric" is very much a dance record, an exciting blast of synths, beats, and samples over the course of nine songs. Opener "Axis" is more of a straight up '80s-driven club track whereas "Love is a Bourgeois Construct" starts off with a gorgeous string section before shifting into lyrically-focused track with very British sensibilities, no surprise for fans of Pet Shop Boys. "Electric" isn't the most groundbreaking of albums, but Tennant and Lowe show that even after 30 years in the business, they're still big players in the electronic music game. - Alex Bieler 4 Stars

Another year means it's time for another oddly named project for Daniel Blumberg. The London musician is no stranger to setting aside new bands for even newer ones, but his departure from Yuck after just one excellent album still managed to raise some eyebrows among listeners and critics. Like his work with Yuck, Blumberg's new project Hebronix packs debut album "Unreal" with plenty of catchy guitar hooks, but now he replaces the punchy, fuzzed-out guitar rock of before with a slow, sprawling six-pack of songs, much like if Blumberg took the reverb out of excellent "Yuck" closer "Rubber" and replaced it occasionally with a string section. There's plenty to like on "Unreal," although a lot of it gets lost in Blumberg's sonic landscapes, often topping seven minutes in length. "Unreal" could have used some editing, but the album still contains plenty of bright spots. - Alex Bieler 3.5 Stars