The Mountain Goats, Weekend, Hunx and His Punx, and Edward Sharpe & The Magnetic Zeros -- all reviewed for your listening pleasure. 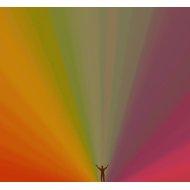 While newer fans of the Mountains Goats may only be familiar with more recent albums like last year's "Transcendental Youth," long-time listeners can remember a time when John Darnielle's tracks were recorded on a boombox with the familiar hiss floating along with the beloved lyricist's captivating lines. A decade after its release, Merge and the Mountain Goats are reissuing "All Hail West Texas," a fan favorite in which Darnielle pumped out some of the most memorable tracks of his career. Armed with his guitar, Darnielle dishes out stories about crushed dreams, loss, and joy, whipping out lines like "When you punish a person for dreaming his dream/ Don't expect him to thank or forgive you/ The best ever death metal band out of Denton/ Will in time both outpace and outlive you" with such sincerity that you can't help but feel connected to his characters. Add in some bonus tracks and this reissue is an excellent listen for new fans and old. - Alex Bieler - 4.5 Stars

Back in 2009, Weekend put out "Sports," a debut album full of abrasive shoegaze that drew in critics and fans alike. Now the quartet returns with a follow-up that smooths down the rough edges and goes more for melody. Inspired by the darkly shimmering synth-work of the '80s new wavers, "Jinx" is a welcome addition to today's shoegaze scene, although it never truly blows you away. "Jinx" is best represented by "Sirens" a track that's just a shade over three minutes long comprised an echoing background of vocal takes and a pulsating bass riff equal parts darkly uneasy and gorgeous, while Durkan's breathy vocals float along. It's a captivating 187 seconds, but it never really leads anywhere, a song that slowly builds but doesn't ever have that explosive payoff, either exuberant or dark. There are plenty of pretty sounds and well-crafted soundscapes, but "Jinx" could have used a little more intensity. - Alex Bieler - 3.5 Stars

Hunx and His Punx

The origin behind California band Hunx and His Punx could easily have been a subplot in the 1996 film "The Birdcage," with hairdresser Seth Bogart going out and starting up his own openly gay band. The story continues with latest album "Street Punk," a new genre of punk that Bogart has claimed "exclusively for women and gays." This new brand of queercore leads Bogart and his all-female backing band into louder, fuzzier sonic terrain, often playing fast and hard, like a more fabulous Black Flag, all while retaining the trashy fun songwriting that drew in older Hunx fans. All but two of the 12 songs on "Street Punk" clock in at less than two minutes, with hits and misses along the way. Songs like "You Think You're Tough" manage to make a lasting impression, but other tunes often zip past without grabbing too much of your attention. - Alex Bieler - 3 Stars

Frontman Alex Ebert and his 10-plus piece feel-good, communal-inspired psychedelic folk-rock collective return with this self-titled LP. With plenty of cooks in the kitchen, the album dishes out discordant fun over any artistic growth, with prominent themes like, "We don't have to talk – let's dance!" and "It's all Kung fu in the mud when we're high on love!" are simple and the group's signature sound – a heavy splattering of Polyphonic Spree sided with chunks of the Beach Boys and Otis Redding – continues from 2012's "Here." The deluxe edition offers three additional tracks, but even with those bonuses, nothing stands out or leaves a lasting impression. Songs that last only 3 minutes – "Life is Hard" – seem like they take 6, and songs that last 6 minutes – "Let's Get High" – get caught in a frustrating loop of hooks – albethem catchy – that never resolve into something bigger or great that hasn't been heard before. - Ben Speggen - 2.5 Stars

the mountain goatsweekendhunx and his punxedward sharpe and the magnetic zeros