Musicianship at Its Best: Vince Gill Comes to the Warner Theater 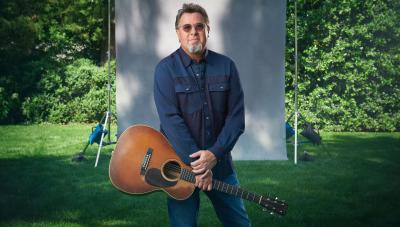 As one of the most popular and most recorded singers of the past quarter-century, superstar Vince Gill has become one of the measures of excellence in country music. His vocal performances are often spellbinding, his songwriting emotionally powerful, and his guitar playing world-class.

Gill achieved his big breakthrough with "When I Call Your Name," which won the Country Music Association's Single of the Year award in 1989. Since then, he has won 17 more CMA honors, including Song of the Year four times — making him the most-awarded artist in that category in CMA history.

He dominated the screens of The Nashville Network (TNN) viewers with a cascade of hits in the early '90s, including "Never Knew Lonely," "Look at Us," and "I Still Believe in You." His serious face and superb artistry told his sad love stories (just as any respectable country musician should).

In addition to his solo work, Gill was invited in 2017 to join the Eagles for a number of festival shows and has continued to join them since then. He is also a member of the Grammy-winning band The Time Jumpers.

Gill's high pure tenor voice and unerring sense of harmony have caused dozens of artists — from Reba McEntire to Dolly Parton to Barbra Streisand — to embrace him as a duet partner. Recording the song "Heart of Love," in 1993, he met one duet partner, Amy Grant, who would eventually become his wife. Gill and the iconic Christian music singer have been married since 2000.

He is also both a world-class guitar picker and a wide-ranging songwriter whose compositions earned him entry into the Nashville Songwriters Hall of Fame in 2005. Gill has made guest appearances on over 1,000 artists' albums.