But country trio's bond stronger than ever 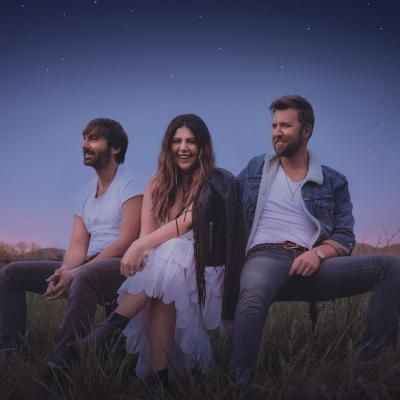 For most musicians, getting through the pandemic was difficult enough, if only because they couldn't play concerts.

Lady A (formerly Lady Antebellum) had something else hanging over their heads — controversy over changing the band name to Lady A.

The name change came about as the Black Lives Matter movement put renewed focus on race relations and racial disparities. The word antebellum is associated with the period preceding the Civil War, which was largely defined by slavery, although Haywood said he, Charles Kelley, and Hillary Scott of Lady A chose the word because they liked the architecture of the Antebellum period and were unaware of the negative connotation of the term.

After learning of the name issue, the three musicians and members of their support team began contacting friends and associates of color to find out how they viewed the word antebellum. The consensus was that the word was offensive and it could be a barrier to the group's music.

So Lady Antebellum became Lady A. But changing the name hasn't been as simple as dropping some letters.

Shortly after announcing the change to Lady A, the group learned a singer based in Seattle, Anita White, had been performing under the Lady A name for more than two decades. Initially, it looked like Lady Antebellum and White might reach a mutual agreement that would settle the issue.

But negotiations fell apart, reportedly after White demanded $10 million (half of which White promised to give to charity) for giving up her claim to the Lady A name. Lady Antebellum then filed suit against White to enforce the group's trademark of the Lady A name, a move that was criticized in some circles as rendering empty any of the group's words about standing for inclusion, equality, and acceptance.

White is fighting the lawsuit, and the case is pending.

"Obviously, that's a trademark case and the lawyers are handling that," Haywood said of the lawsuit. "But nothing changes our mission, which we feel like is to do those things of making sure we're standing for love, for acceptance and inclusion. So that's our focus. Nothing can shake our focus on making sure we stand for those things. What we want to be remembered [for] is having music that touches people, that brings hope and healing and fun and joy."

The whole name change episode and dealing with the pandemic were clearly taxing for Haywood, Kelley, and Scott, but Haywood said one good outcome of this period is it's brought the trio closer together than ever.

"Our friendship is stronger than ever. We're on the same page more than ever," he added. "We want to make sure we represent love and inclusivity and unity to our families and to our kids…So yeah, the respect for each other grew enormously in 2020. I'm just so grateful that we have had each other to rely on throughout that time."

The pandemic and the lawsuit didn't stop Lady A from carrying on with the work of being a band. During the downtime, the trio recorded a stack of new songs, some of which have arrived on their new album, *What A Song Can Do (Chapter One).

The new release fits comfortably alongside Lady A's seven previous studio albums. It offers up a mix of rich country-pop ballads ("Talk of This Town," "Fire," or "Things He Handed Down"), melodic mid-tempo tunes ("What A Song Can Do") and uptempo tracks ("Like A Lady") that are at turns, earnest, heartfelt or playful and feature the tight harmonies of Scott, Kelley, and Haywood. It's a musical style that has brought the group five No. 1 country albums and 11 singles that have topped *Billboard magazine's Country Airplay chart, including the nine-times-platinum 2009 blockbuster ballad "Need You Now."

As the title *What A Song Can Do (Chapter One) suggests, it is the first installment in a planned two-part project. The seven songs from Chapter One will be supplemented by seven new tracks to form a full-length album, also called What A Song Can Do. The album arrives Oct. 22.

"We'll have another batch of songs coming out this fall, one exciting collaboration, and it's going to be fun," Haywood said. "There's a lot of exciting stuff on the next batch of songs."

The new releases will be represented in Lady A's concerts this fall, but most of the set figures to be made up of the group's No. 1 hits and other singles.

"Yeah, 'What A Song Can Do,' the song itself, will definitely be in the show. 'Like A Lady' is our (new) single. That will be a fun one to do," Haywood said. "And we may do a little medley somewhere in the middle (of the show). And there are a couple of songs off of *Ocean (the group's 2019 album), too. We never got to tour on the *Ocean album. It's a really interesting point to be at in your career where you're kind of actually having to leave out a few songs." — Alan Sculley