Netflix star King Julien lets parents count down to 2015 whenever they're ready. 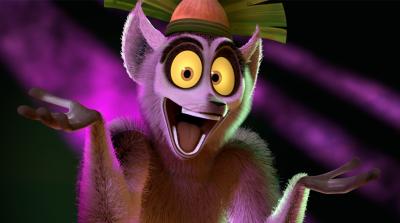 Lots of parents struggle with whether or not to allow their offspring to stay up late enough to watch the ball drop on New Year's Eve.

People love hanging with their little people on special occasions, but the late night disruption of sleep schedules mixed with celebratory dietary choices can lead to serious new year's conflict.

King Julien has a resolution.

King Julien is the star of the Madagascar inspired Netflix original series All Hail King Julien, the animated lovechild of Dreamworks and Netflix which premiered on the streaming service earlier this month, and he's ready to bring in the new year...whenever you are.

Parents can cue up King Julien's New Year's countdown on Netflix anytime they're ready, letting the little ones count down the end of 2014 even if the end is not quite in sight.

The King Julien countdown is a clever marketing ploy aimed at bringing parents and their kids collectively to the new series in an attempt to capitalize on tNew Year's Eve, during which nearly ninety percent of parents claim to celebrate with their kids. Almost half of those parents admit to concocting ploys to trick kids into believing midnight comes early, according to a study sponsored by Netflix.

Now that Netflix has solved this parental conundrum, moms and dads everywhere can get back to real resolutions, like lying to themselves about getting back to the gym.