Surprisingly dark, It's Okay to Not Be Okay deviates from typical romance and opens dialogue about mental health 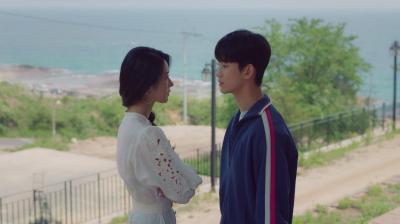 Although Netflix is no stranger to the world of Korean dramas and its newest original series, It's Okay to Not Be Okay is smashing stereotypes. Still full of dramatic car chases, the mysterious death of parents, serendipitous run-ins, and swoon-worthy scenes, It's Okay to Not Be Okay (literally translated as Psycho But It's Okay) takes every K-drama cliché on TV and reframes it in the context of a modern love story, tackling the complexities of coping with mental health and past traumas while trying to build meaningful relationships.

In new episodes released each weekend, audiences follow caring psychiatric health worker Moon Gang-Tae (Kim Soo-Hyun) and his autistic artist of an older brother Moon Sang-Tae (Oh Jung-Se) as they run away from unknown demons. The brothers become tangled up in the schemes of Ko Mun-Yeong (Seo Ye-ji), a confident yet aloof children's book author with antisocial personality disorder as she shamelessly pursues Moon Gang-Tae.

Set in South Korea, locations such as the warmly lit OK psychiatric facility and spooky "haunted mansion" act as startling contrasts to one another, cleverly reflective of love interests Gang-Tae, whose priority is caring for his older brother, and Mun-Yeong, who has never felt love.

However, the standout performance comes from actress Seo Ye-ji as Ko Mun-Yeong. Seo Ye-ji could have easily played the leading lady as cold and overconfident, and while she is both things, Seo Ye-ji brings depth to a complicated character. The audience sees Ko Mun-Yeong as vulnerable and lonely, haunted by her past and her inability to connect with others. Viewers can't help but root for Ko Mun-Yeong as she attempts to heal old emotional wounds and push through her antisocial personality disorder.

Steeped in allusions to dark fairytales and haunting flashbacks to childhood, It's Okay to Not Be Okay twists romantic comedy and Tim Burton-like fantasy into a unique story of love, secrets, and identity.