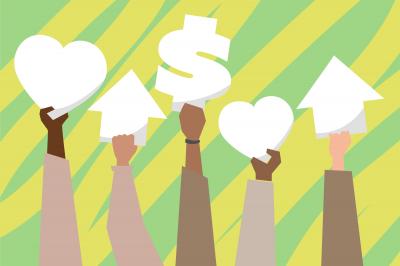 Throughout the centuries, the makeup of Erie County has been shaped by waves of immigration, from the mass influx of Europeans in the latter half of the 1800s into the 1900s to more recent arrivals from the Middle East and South Asia, many of them refugees in search of a more peaceful and prosperous life.

Although many of them do find it here, assimilation into the professional workforce and integration into the general community can both be difficult, as xenophobic and nationalist sentiments have always existed and will likely always continue to exist to some degree. Nonetheless, the history of Erie County — and the United States of America — could not be said to be fully written without the contributions of immigrants.

Thanks to the recently released economic report "New Americans in Erie County," it's self-evident that the foreign-born figure significantly into the present as well. The report was awarded to Erie through the city's participation in New American Economy (NAE) and Welcoming America's Gateways for Growth Challenge, in collaboration with the Erie Regional Chamber and Growth Partnership and the Mayor's New American Council. Its publication came in tandem with Mayor Joe Schember's declaration of June as Immigrant Heritage Month and World Refugee Awareness Month in the City of Erie.

Leveraging the research and technical resources of NAE, "New Americans in Erie County" quantifies the current economic impacts of Erie's immigrant population as a means of encouraging inclusivity and promoting continued opportunity. "This new report reinforces why Erie's efforts to welcome immigrants are a crucial component of its economic growth and recovery strategy," explains Mo Kanter, director of state and local initiatives at NAE.

"Our foreign-born residents are making an enormous impact on our county economy," says Schember. "We look forward to being able to use the report to make data-driven decisions."

Echoes James Grunke, Erie Regional Chamber president and CEO: "This effort has given us critical insights into understanding our workforce and human capital. The findings of this report will help us craft a competitive workforce and inclusion strategy for a growing, vibrant economy."

Here are some of the takeaways.

Overall, the report stands as confirmation that our recently christened "Certified Welcoming Place" has plenty of incentive to continue to welcome those from afar.

Concludes Christina Pope, senior network director of Welcoming America. "The City of Erie continues to be an example for how communities can effectively harness the talent of immigrants to create greater prosperity for all residents."