Think you have it bad? Try being an adolescent in the Dominican Republic, a jobseeker in India, or a chicken on the day of atonement. 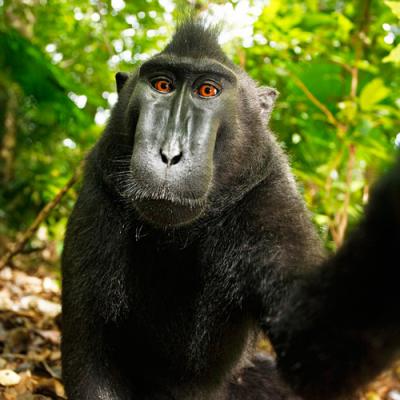 The bold, shameless leering of David Zaitzeff is legendary around Seattle's parks, and more so since he filed a civil complaint against the city in September challenging its anti-voyeurism law for placing a "chilling effect" on his photography of immodestly dressed women in public. Though he has never been charged with a crime, he roams freely (and apparently joyously) around short- skirted and swimsuit-clad "gals" while himself often wearing only a thong and bearing a "Free Hugs and Kisses" sign. Zaitzeff's websites "extol" public nudity, wrote the Seattle Post-Intelligencer, and explain, for example, that a woman who angles her "bod" to offer a view of "side boob" is fair game for his camera. Zaitzeff's complaint — that the law criminalizes photography of a person's "intimate areas" (clothed or not) without explicit permission — is distressing him. [Seattle Post-Intelligencer via SFGate.com, 9-17-2015]

Randy Richardson, 42, vying unopposed for the Riceville, Iowa, school board (having agreed to run just because he has two kids in school) failed to get any votes at all — as even he was too busy on election day (Sept. 8) to make it to the polls (nor were there any write-ins). To resolve the 0-0 result, the other board members simply appointed Richardson to the office. Riceville, near the Minnesota border, is a big-time farming community, and registered voters queried by The Des Moines Register said they just had too much fieldwork to do that day. [Associated Press via U.S. News & World Report, 9-20-2015]

Researchers recently came upon a small community (not named) in the Dominican Republic with an unusual incidence of adolescent boys having spent the first decade or so of their lives as girls because their penises and testes did not appear until puberty. A September BBC News dispatch referred to the boys as "Guevedoces" and credited the community for alerting researchers, who ultimately developed a drug to replace the culprit enzyme whose absence was causing the problem. (The full shot of testosterone that should have been delivered in the mother's womb was not arriving until puberty.) [BBC News, 9-20-2015]

The serpentine queue extended for blocks in September in Lucknow, India, after the state government of Uttar Pradesh announced 368 job openings (almost all menial) — eventually resulting in about 2.3 million applications, 200,000 from people with advanced degrees (even though the $240/month positions required only a fifth-grade education, according to an Associated Press dispatch). About 13 million young people enter India's job market each year. [Associated Press via Yahoo News, 9-18-2015]

At a September convention on ethical issues involving computers, a researcher at Britain's De Montfort University decried the development of devices that might permit human-robot sex. Though no human would be "victimized," the researcher warned that such machines (some already in service) will exacerbate existing "power imbalances" between men and women and pave the way for more human exploitation. One critic challenged, offering that such robots would be no more demeaning to women than, say, vibrators. However, the researcher ominously warned that there may someday be robots resembling children, marketed for sex. (A September USA Today dispatch from Tokyo reported that the company SoftBank had banned sex, via its user agreement, with its new 4-foot-tall human-like robot — even though "Pepper" features nothing resembling genitalia.) [Washington Post , 9-15-2015] [USA Today, 9-29-2015]

Thailand's "Last Resort Rehab" at the Wat Thamkrabok Temple about 100 miles north of Bangkok resembles a traditional drug-detox facility (work, relaxation, meditation) — except for the vomiting. At the "Vomit Temple," Buddhist priests mix a concoction of 120 herbal ingredients that are nasty, according to the temple's methamphetamine addicts interviewed for a recent Australian TV documentary. Said one, of the rehab agenda: "Vomiting is at 3 p.m. every day. Foreigners must vomit for the first five days. The vomiting is intense." [International Business Times (London), 9-29-2015]

People for the Ethical Treatment of Animals filed a federal lawsuit in California in September on behalf of an endangered crested black macaque that wandered up to an unattended camera on a tripod and clicked a selfie. The camera belonged to photographer David Slater, who claimed copyright to the photo even though "Naturo" actually snapped it. The shot might be valuable to Naturo since it has become viral on the Internet. (Though the photo was taken in Indonesia, Slater's publisher is based in California.) [CNN, 9-23-2015]

Jose Banks, now 40, filed a $10 million lawsuit in 2014 against the federal government because jailers at Chicago's high-rise Metropolitan Correctional Center failed to guard him closely enough in 2012, thus enabling him to think he could escape. He and a cellmate had rappelled 17 floors with bed sheets, but Banks was re-arrested a few days later. Still, he claimed that the escape caused him great trauma, in addition to "humiliation and embarrassment" and "damage to his reputation." (In September, the U.S. Court of Appeals turned him down. Wrote the judges, "No one has a personal right to be better guarded.") [Associated Press via Fox News, 9-26-2015]

Many in conservative Jewish communities still practice the tradition of Kaporos on the day of atonement, but the critics were out in force in New York City's Borough Park neighborhood in September to protest the ritual's slaughter there of 50,000 chickens. (A synagogue raises money by "selling" chickens to members, who then have butchers swing the chickens overhead three times, thus transferring the owners' sins to the chickens. Ultimately, the chickens are beheaded, supposedly erasing the humans' sins. Protesters ask why not just donate money.) A judge refused to block the ritual but ordered police to enforce the sanitation laws governing the beheadings. [New York Daily News, 9-18-2015]