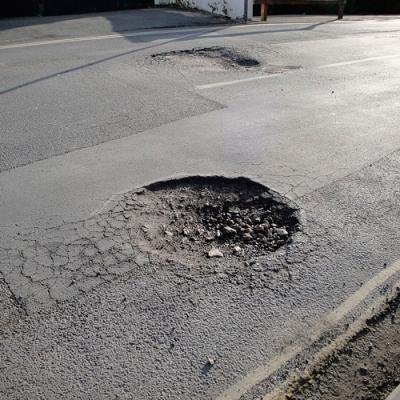 The Federal Aviation Administration recently granted (likely for the first time ever) an application to fly a paper airplane. Prominent drone advocate Peter Sachs had applied to conduct commercial aerial photography with his "aircraft" (a Tailor Toys model with a tiny propeller and maximum range of 180 feet), and the agency, concerned with air traffic safety, accommodated by treating the request (unironically?) under the rules for manned flights (that, among other restrictions, Sachs must not exceed 100 mph and must engage a licensed airplane pilot to fly it). "With this grant," said the "victorious" Sachs, "the FAA has abandoned all logic and sensibility." [Forbes.com, 8-27-2015; Popular Science, 8-31-2015]

Because temperatures were in the high 90s the last weekend in August, tourists visiting the historical Auschwitz concentration camp in Poland were greeted by the outdoor sprinkler system dousing them near the gates. It was intended as relief, said operators, to keep guests from fainting, but, as one Israeli visitor said, "It was a punch to the gut" -- too reminiscent of Auschwitz's gas chamber. (Jewish prisoners had been marched calmly to their deaths under the pretense that they were only being taken for showers.) [Ynet News (Tel Aviv), 8-31-2015]

DIY dentistry seemed off-limits -- until amateur orthodontia got a boost from a 2012 YouTube video in which Shalom DeSota, now 17, praised rubber bands for teeth-straightening. DeSota's family lacked dental insurance at the time, so the would-be actress experimented by looping rubber bands around two front teeth she wanted to draw together. Many painful days later, she succeeded. The American Association of Orthodontists expressed alarm in August at the video's recent popularity. So much could go wrong -- infection, gum-tearing, detachment between tooth and gums -- that DeSota, the organization said, had simply been lucky. [Today.com, 8-17-2015]

Digital World: (1) The North Carolina Department of Public Instruction announced in July that it would be experimenting with online phys ed courses for high schoolers. Students would watch videos on certain activities, then engage in them, and later self-report their (as the agency calls it) "mastery." (2) British police warned in August of a brand-new sex crime based on the iPhone app AirDrop. The app sends text or photos instantly to nearby AirDrop users (who choose to receive from "contacts" or from "everyone"). Thus, perverts can "flash" strangers by posting nude pictures of themselves to reach AirDrop users set carelessly (or purposely!) to "everyone." [Charlotte Observer, 7-21-2015] [BBC News, 8-13-2015]

All Sherri Smith wanted was copies of background emails about her son (who has a disability) in the files of the Goodrich, Michigan, school system, but the superintendent informed her in June that the Freedom of Information request would cost her $77,780 (4,500 hours of searching -- taking two years to complete). (Michigan's FOI law was somewhat liberalized on July 1, and Smith said she may refile.) (2) After a McKinney, Texas, police officer was filmed pointing his gun at unarmed black teenagers at a pool party in June, the online Gawker Media filed a Public Information Act request for the officer's records and any emails about his conduct. The city estimated that request's cost at $79,229 (hiring a programmer, for 2,231 hours' searching -- plus "computer time"). Gawker said it would appeal. [WNEM-TV (Saginaw, Mich.), 7-1-2015] [Gawker.com, 6-29-2015]

The streets of Jackson, Mississippi, apparently have potholes that rival the worst in the country, but without adequate budget to fix them, according to Mayor Tony Yarber. His remedy, offered earnestly to constituents in August: prayer. "I believe we can pray potholes away." (Yarber, elected in 2014, was pastor of the Relevant Empowerment Church.) [Times-Picayune, 8-21-2015]

Names in the News

"Selfies" continue to take their devastating toll on Americans. On Aug. 30 in Orient, Maine, driver Jordan Toner, 29, attempting to lean into a seven-person selfie among his passengers, crashed into a tree, causing numerous injuries. On Aug. 24, Alex Gomez, 36, of Lake Elsinore, California, tried to take one after draping an angry 4-foot-long rattlesnake around his neck. The predictable bite was damaging but not fatal. On Sept. 1 in Houston, a 19-year-old man taking selfies while clumsily fondling his handgun is no longer with us. [WCSH-TV (Portland, Maine), 8-30-2015] [KCBS-TV (Los Angeles), 8-25-2015] [KPRC-TV (Houston), 9-2-2015]

In June, News of the Weird mentioned a drug dealer in Marseille, France, who was distributing loyalty cards to his best customers (fill 10 squares, get a discount). In August, a small-time cannabis dealer in the central France town of Villeurbanne pushed the envelope further by taping 1-gram samples to hand-lettered leaflets (offering home delivery for 100-euro orders, along with his first name and phone number). The man was of course arrested, with the local police superintendent musing about the man's "very special" business model. [The Local (Paris), 8-28-2015]