NY-based hip-hop artist talks about his new projects, who he still wants to work with, and what he's been listening to lately. 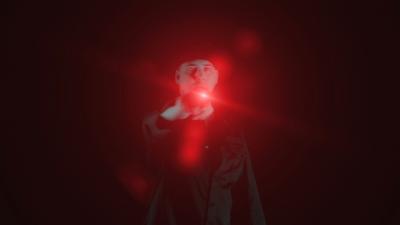 NY-born-and-bred MC Awar is coming to Erie June 14. We had a chance to catch up with him and ask a few questions about what got him started and what the 814 should expect when he lands at PACA this Saturday night.

Iggy Imig: Growing up in New York, I am sure hip-hop was all around you. Was there any defining moment where you knew that you wanted to be an MC – that you felt connected to hip-hop?

Awar: I grew up in upstate NY so hip-hop wasn't really all around me as a kid. I was into writing and music as a teenager, but it wasn't until a homeboy of mine started bringing me mixtapes and albums to check out that I really got into it. I realized the format and style was something that would challenge me and at the time NY and East Coast rap was so strong that most those records I listened to still resonate with me today. I started figuring out ways to record and met other people from the area who were trying to do the same thing. It probably wasn't until I moved to the Bronx to go to college that I really became entrenched in the culture

II: You have worked with some pretty heavy producers/MCs (alchemist, evidence, nottz); is there any particular projects that stand out as favorites? What would be the track you would tell someone who hasn't heard your releases to check out?

Awar: "The Laws of Nature" is the first one I tell people to check out. I was blessed to work with an all-star lineup. I stand behind all the music I release but that was a special project for me. As we speak, I'm releasing records from my latest project, "The Winning Team," with my longtime producer Vanderslice. As long as we've been working together, this is our first collective full-length, so that's another one I encourage to check out as it's happening right now. I'm gonna keep hitting them I have some records in the stash for my next solo project already.

II: Is there anyone that you would like to work with that you haven't yet?

II: What have you been listening to lately, both hip-hop and non-hip-hop related?

Awar: I liked the Gibbs and Madlib project. Vanderslice has a new album called "Everything's Awesome" which I'm on. Beyond that, I can't say I go to the new stuff every time. Especially when I'm in writing mode, I go back and pull out the classics

II: Any stand out shows that you've played at?

Awar: Man there's been so many shows over the years it's a blur...if I chose one in particular I'd be sleeping on another one. I'm looking forward to rocking in Erie with the long time friend Dos Noun though. We toured together years back, and he's always got smart things to say to keep the tour van driver awake while cruising from state to state.

Awar: Shout-out to Iggy for putting me on his last show in the area; I'm looking forward to rocking for the hip-hop heads out there I've heard nothing but good things. See you there.