How does memory shape and distort our understanding of history? 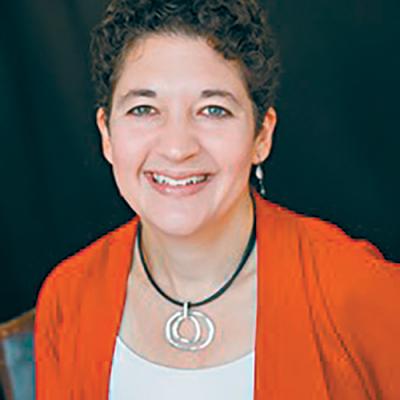 How does memory shape and distort our understanding of history?

This is a central question in the scholarship of Dr. Renee Romano, Chair of the History Department at Oberlin College. On March 22, in Penn State Behrend's Metzgar Lobby, she will attempt to answer it in a talk titled "The Great Force of History: Collective Memory, White Innocence, and Making Black Lives Matter."

Over email, I asked Romano what she means by "collective memory." She defines it as "the ways in which groups remember and construct the past." Collective memory isn't necessarily accurate, and it often favors misleading-but-reassuring assumptions about our history – World War II was a "good war," Obama's election signaled a "post-racial" reality, and so forth.

Collective memory isn't necessarily accurate, and it often favors misleading-but-reassuring assumptions about our history – World War II was a "good war," Obama's election signaled a "post-racial" reality, and so forth.

For Romano, these narratives often "impede a realistic assessment of America's racial history," making it "very hard to grapple honestly with the ways in which racism helped enable new kinds of equality among whites." She also believes that collective memory often fosters a false sense of "white innocence," which allows us to ignore the ways that "racism and freedom (for whites), were not opposed to each other but in fact were co-constitutive of each other."

In books like Racial Reckoning: Prosecuting America's Civil Rights Murders, Romano asks difficult and complicated questions about the cultural and legal history of race in America. And she does so under a belief that we "need to change the way many people think about America's history if we ever hope to make black lives matter in the way they should." Whose rights are considered legitimate in the eyes of the law? Who is deemed worthy of prosecution in response to atrocities? To whom do we build monuments? Which of these monuments should we later tear down?

To answer such questions, Romano re-examines our narratives about the Civil Rights Movement (and the white backlash that arose in response to it) to understand what has been effective at creating social change, what hasn't, and how we can move forward in our struggle for a more just future. – Dan Schank