One Slight Hitch Debuts at the Erie Playhouse

One Slight Hitch, a 2013 play by comic-cum-social critic Lewis Black, is soon to hit the Erie Playhouse footlights as part of their Mainstage Series. 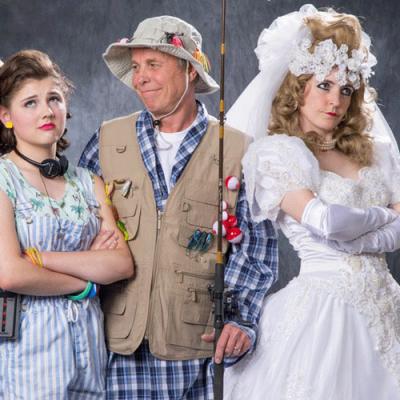 One Slight Hitch, a 2013 play by comic-cum-social critic Lewis Black, is soon to hit the Erie Playhouse footlights as part of their Mainstage Series.

Unbeknownst to most, Lewis Black graduated from Yale School of Drama in 1977 and began his public career as a playwright.

Black is best known as a stand-up comedian and contributor during Jon Stewart's tenure on The Daily Show, with his Back in Black expletive-laced jeremiads. However, unbeknownst to most, Black graduated from Yale School of Drama in 1977 and began his public career as a playwright, having "wrought" many plays since 1981.

"Hitch does not have the explosive rants and colorful language that are signatures of Black's own comic persona," assures Shawn Clerkin, the show's director. "While the patriarch character, 'Doc,' may share some of Black's comic perspectives, the other characters in the play are cleverly drawn and as recognizable as members of our own families."

He adds, "Ultimately, while [Hitch] has Black's unmistakeable rhythms and visions, it is more sentimental, even somewhat 'sweet' in its celebration of the strength of family and power of individual resolve in the face of matrimonial madness."

Cast member Adele Crotty Gross, who's playing "Melanie," explains: "It's one of the funniest shows I've ever done, without a doubt. The cast and director spend most of the rehearsals laughing our butts off, even though we've heard the lines every night. The comedic and acting talent in the cast is excellent and we are having a blast with it."

Gross concludes: "If you like Lewis Black, you'll love this show!" – Gregory Greenleaf-Knepp