One Step at a Time: Brittany Runs a Marathon is Simple but Fun 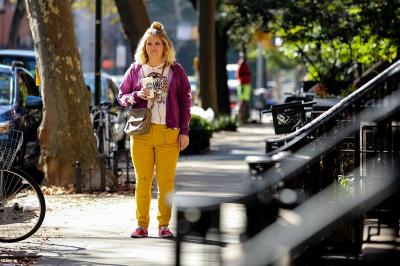 Feel-good movies can often be very predictable. When the end goal of a film is to make an audience uplifted and inspired, the film usually leaves no cliche unused to get the audience there. That was what I was expecting with Brittany Runs a Marathon, and that was exactly what I got. The film is simplistic and paint-by-numbers, but in the end, it won me over thanks to the charm of its ensemble cast.

This is the true story of Brittany Forgler (Jillian Bell), a partier who receives some harsh truths from her doctor after a failed attempt to score some Adderall. The doctor encourages her to lose 45 pounds by the end of the year and Brittany decides to take up running. Soon Brittany and her new running buddies challenge themselves by entering the New York City Marathon.

As I said, the film takes every plot point from the "turn your life around" narrative, but there's a little more to it than that. The characters have all suffered some kind of heartache or hardship and running becomes a way for them to take control of their lives. Nothing groundbreaking, but enough to hold interest for 100 minutes. The cast is all extremely likable, especially Bell as the eponymous Brittany, a woman who has built up some walls against the harshness of life who learns to let people in again. Her energy as an actor makes for a fun ride, and in the end, who needs groundbreaking when a film can be this much fun? — Forest Taylor