Do you still support the Kanzius Cancer Research Foundation after leading research Dr. Curley was charged with a felony and Therm Med's patent was sold to a super-green Colorado based company?

by Matt Flowers
View ProfileFacebookTwitterGoogle+RSS Feed
January 22, 2014 at 6:30 AM 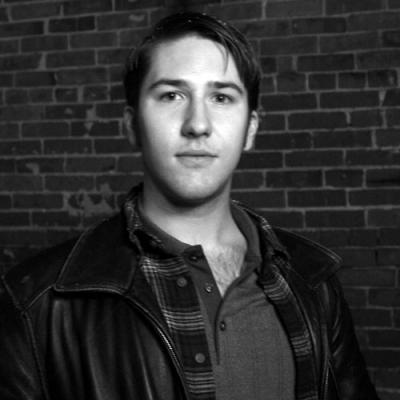 Erie is home to The Kanzius Cancer Research Foundation, a nonprofit organization. Its goal is to spread awareness of an alternative form of treatment for cancer patients through the use of radio frequencies and physics. John Kanzius, the foundation's CEO, spent his early years in broadcast engineering, management, and ownership, and later in retirement devoted his life to advancing research on his patent for Therm Med until his early demise on Feb. 18, 2009 brought on by a rare form of B-cell leukemia. However, Kanzius still lives on through his innovations, his efforts, his family, and those who continue his research.

Steven A. Curly, M.D. and Dr. David A. Gellar, M.D. are at the forefront of this research, leading Therm Med towards fruition. Despite Dr. Curley's efforts for Kanzius, he hasn't been making as many headlines for research as his new found legal battles over the "unlawful interception of electronic communication" the Houston Chronicle spelled out. The researcher had been tracking his ex-wife through an installed computer program that allowed him to view and intercept her conversations. Though Curley is faced with felony for these allegations, his commitment to the Kanzius project hasn't diminished.

But the litigation shouldn't distract us from the bigger news. John Kanzius's cancer treatment device patent for Therm Med, is changing hands. AkesoGenX, a Colorado-based company, founded just last January, created by Curley and nanotechnology expert Robert Zavala, purchased the technology Tuesday, Jan. 14 for an undisclosed amount. Despite The Kanzius Foundation's Executive Director Mark Neidig's reassurance that the nonprofit's goal to raise money for the Therm Med research won't ever change, there is an innate worry when something Erie-born leaves the safety of our city and plants new roots in unknown soil.

Therm Med could flourish under AkesoGenX and become the leading treatment for cancer, making Kanzius's research and fundraising worthwhile; or under this new ownership, the invention could get lost in the jungle of red tape from the FDA, while a felonious researcher peters out after a slew of court cases.

Joe Cavaretta: I still support it, because even though people have personal issues, the fight against cancer rises above personal and hometown pride and is ultimately aimed at the greater good.

Tyler Lobdell: I support the Kanzius effort 100 percent, but what I'm afraid of is this new Colorado-based company taking Kanzius research out of Erie and not doing human testing, and rather than taking it before the FDA, selling it to the FDA, and the FDA is going to put it away like every other cancer research that's come before… Giving it to a Colorado company, it's going to go one of two ways: The research is either going to flourish because Colorado has been granted a lot of liberal rights… or the government is going to get a hold of it and hide it away.

Jill Letkiewicz: I still support it because my grandmother had cancer herself, so she went there for her treatments, and they did a pretty damn good job. So I support Kanzius whether the main researcher has a felony or not because it has nothing to do with the research itself. It is two different subjects.

Britney Bower: Yeah, I would still support it, because if [Curly, M.D.] is a good researcher, then he should still be able to do the research regardless of his personal endeavors.