"He sees the world from where he grew up — right here in Pennsylvania." 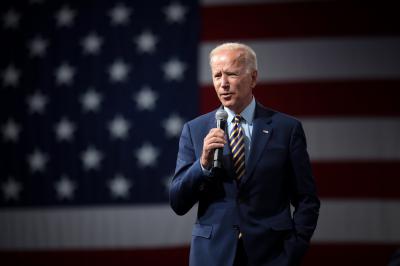 Former Vice President Joe Biden, a Pennsylvania native received endorsements from over 125 Pennsylvania mayors of towns and cities from across the Commonwealth, ranging from 600 to 5.7 million in population. Erie Mayor Joe Schember, along with former Erie Mayors Joyce Savocchio and Joe Sinnott, were among those who announced their endorsements for Joe Biden for President.

"President Trump has forgotten the working Pennsylvanians he promised he'd fight for," said Aliquippa Mayor Dwan Walker. "Joe Biden will never forget us, because he sees the world from where he grew up — right here in Pennsylvania. I know he and Kamala Harris are up to the task uniting our country and working to build us back better than ever. Joe knows there's nothing we can't accomplish when we come together, and this moment calls for a president with his vision, his courage, and his unwavering faith in the American people. Folks in Aliquippa and across the nation are ready for leadership they can rely on, and I'm proud to be casting my ballot early for the Biden-Harris ticket."

"The American people deserve a president who is on their side, someone who will strengthen our economy, protect our civil rights, and ensure that every person. Has access to the resources and opportunity they need to get their fair shot at the American dream," said Pittsburgh Mayor Bill Peduto. "Joe Biden has already laid out a national strategy to end this pandemic that puts politics aside, saves lives, and builds our economy back better. He's shown that he is the right leader for this unprecedented moment in our history, and will unite us under a common purpose. I encourage Pittsburghers to vote for Joe Biden, for the president to restore our pride, our leadership on the international stage and our soul."

See below for Erie County mayors announcing their endorsements for Joe Biden for President:

Simonique Dietz is a student intern of the Erie Reader. She can be reached at Simonique@ErieReader.com, or you can follow her on Instagram @dietz_digital_pro.