PACA's Xmas Show Gives as Goode as it Gets

PACA follows up with an irreverent take on Christmas. 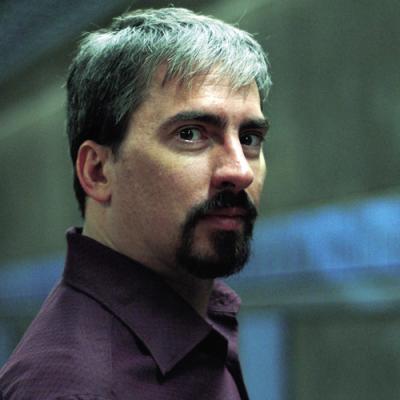 If you're the Performing Arts Collective Alliance (better known as PACA), how do you follow up the rousing success that was everyone's favorite Halloween-time gothic rock-and-roll musical?

Why, with an irreverent take on Christmas, of course!

And that comes in the form of Another Very Goode Christmas, a collection of one-act plays and monologues by playwright and actor Jeff Goode, who happens to be a personal friend of local director and actor Jeff Rodland.

"I got to know the author, and over the years he has sent me many scripts he has written," Rodland said. "The first year PACA was open, he had just finished writing another Christmas show, and it occurred to me that we could have a whole festival of Christmas plays by Mr. Goode." Goode even flew out from Los Angeles to attend the performance.

Another Very Goode Christmas was not, as it happens, PACA's initial choice for Christmas comedy; however, some amount of backstage shuffling led Rodland to revisit his friend's work, settling on "The Eight: Reindeer Monologues," "A 1-Minute Christmas Carol," "Revenge of the Magi," "The Stone Gift," "Why I Hate Christmas," and "The Last Noel." They sound familiar, it's true, but each piece has had new life breathed into it, giving it a humorous and oftentimes dark twist, as well as a pointed statement on the current state of world affairs, all of which PACA audiences are sure to embrace.

"Doing theater is how I met many of my adult friends, and performing in a play with them is one of the best ways to spend the holidays," Rodland remarked when asked about casting the show.

Watching a play with friends is another great way to spend the holidays, too — especially when there are Christmas cookies at intermission to revive your childlike joy over the season. — Cara Suppa