by Charles Brown
View ProfileFacebookTwitterInstagramRSS Feed
December 18, 2019 at 10:45 AM 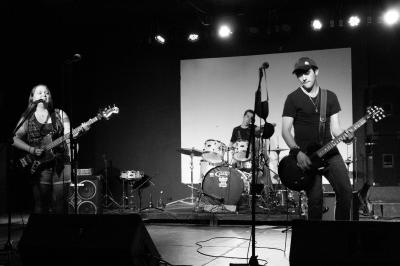 If you're a musician prepping to release your debut album to the masses, then you most certainly can understand the jitters that come beforehand due to excitement and uncertainty. All in all, there's that undeniable rewarding feeling stemming from the completion of an opus that you're proud of and ready to present to your followers. Erie-based three-piece Paper Matches, a young and determined trio with a mission to bring back the essence of the rock genre, will be putting out their first-ever album at their CD release party at the Erie Movie House.

Highly influenced by the original sounds of rock, blues, and punk, Paper Matches are more than ready to deliver a product infused with both nostalgic vibes and young innovation. Titled "A Not So Silent Night," their showcase event is unlikely to evoke heavenly calm. Supporting acts include fellow rockers Wasted Info and Insult To Injury, two groups that have left their mark on the local music scene. Wasted Info will get you hyped and out of your seats, while Insult To Injury draws audiences in with a different flavor of punk rock.

The cohesiveness of all three bands is sure to turn the Movie House into an all-out party. Paper Matches is an example of a band that stays true to itself and plays for the love of the art. Catch them live and take an extension of them home with you, and prepare to genuinely rock out this holiday season. — Charles Brown