What better way to set the tone for the new year than to see some local talent release new music? 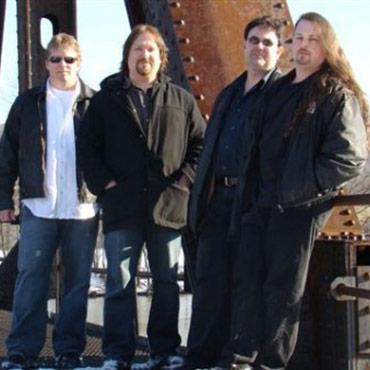 We could all kick off 2017 on a much-needed high note – and what better way to set the tone for the new year than to see some local talent release new music? Charlie Wheeler Band will celebrate their latest CD at Kings Rook Club on Saturday, Jan. 14, giving everyone enough time to recover from New Year's Eve libations and be ready to hit the town again. And attendees should be ready to party – hard! – for this is set to be a "bad-ass live show" that promises a "high-energy experience," according to the band.

The CD release party is being held in honor of the band's fourth album. Titled Blues Karma and the Kitchen Sink, Charlie Wheeler Band's most recent effort dropped in October 2016 and offers up more tunes composed in the group's signature gritty, bluesy, rock sound, which they liken to the Allman Brothers and Pearl Jam. This album aims to be slightly more aggressive; they also describe its sound  as "grow'd man music."

Before heading to the Jan. 14 gig, check out "Shiver," which guides listeners into the song with a demanding and jangly guitar riff that ultimately peaks in the opening verse. The energetic track has soaring, loud, and live-venue-worthy vocals above danceably rocky drums and bass. A little more bluesy, "Darlene" lets the lead guitar whine and roam above a solid, foot-tapping drum beat, while the vocals call up Pearl Jam's sound. And of course, don't forget to pick up a copy of the album at the gig. – Miriam Lamey