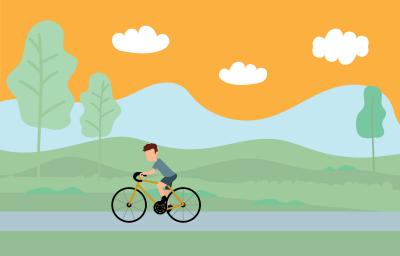 Millcreek Township is making accessibility its modus operandi this summer, with one major parks and recreation project set to begin and another pending.

Scott Park, a popular nominee in a number of our Best of Erie outdoor categories, is officially on the books for $120,000 worth of improvements. Of that money, $98,000 will go toward the construction of new pedestrian walkways and ADA-compliant spectator areas alongside its ballfields, contracted through Lindy Paving. The latter phases of the project, tabbed for completion in late summer, will add new bleachers and park benches after the new pavement is laid down. The majority of the funding was delivered through a $77,000 Pennsylvania Department of Conservation and Natural Resources grant.

"One of the goals of the Embrace Millcreek Plan is to improve recreational access throughout the Township and another is to enhance community assets near Presque Isle. This project at Scott Park helps to advance both of those goals, while offsetting our local costs thanks to our team securing a $77,000 state grant," commented John Morgan, chair of the Millcreek Township Board of Supervisors.

Also feeding into those goals, another big state grant could be coming Millcreek's way, but it will require a funding nudge to meet state grant match requirements. Parents and neighbors in the vicinity of Grandview Elementary School (4301 Lancaster Road) have proposed a $235,000 Community Recreational and Environmental Space (CARS) which would include "a multipurpose trail, action-based learning black top, and installation of inclusive playground equipment" in a central location, promoting active play and learning. The group has raised $60,000 of the total project costs privately, but needs an additional $20,500 to qualify for a state grant match.

Morgan, who is up for reelection as the Democratic candidate for Millcreek Township Supervisor in next month's primaries, has urged leadership to take the wheel and drive CARS home. "This is exactly the kind of community-driven project that we should be encouraging and supporting. This group has done the heavy lifting to create a nearly quarter million dollar improvement for our community, and they just need less than a 10 percent match from the Township to get it over the finish line."

Discussions on a budget amendment proposal and grant agreement will continue at the next board meeting on April 27 and in the weeks to follow.