Pennsylvania and the Paris Pledge

Our moral obligation to care for the environment must transcend political and religious boundaries. 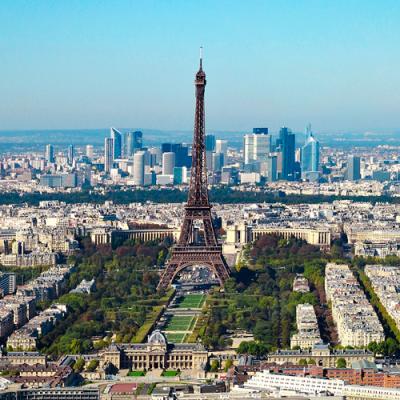 The Pa. DEP recently held 14 "listening sessions" statewide to solicit public input regarding how Pa. might best comply with the federal Clean Power Plan (CPP), including one at Erie's Blasco Library on Oct. 29. In our last issue, we included the testimony of Erie Art Museum Director John Vanco. Below, we're featuring the testimony of Benedictine Sister Pat Lupo, who urges Pa. to join Interfaith Power and Light in signing the Paris Pledge. As the U.N. Climate Change Conference convenes, all eyes have been on Paris for reasons we could not have foreseen a few weeks ago. Nevertheless, as Robert Pollin wrote in Grist, "it is especially critical that we make clear how an effective global climate stabilization project will serve as a powerful tool for fighting global poverty" and the inequality and insecurity it creates.

I am involved in environmental issues for a number of reasons but they all have their roots in my religious tradition. The earth that we live on, our air, and water are sacred. We have a moral obligation to care for the planet - to act for the well being of all generations. Faith communities are called to demonstrate their commitment to environmental action in partnership with environmental organizations, their local communities, and civic and governmental entities.

Speaking from this faith perspective, the call to stewardship, and the moral imperative of doing no harm to Creation, I urge Pennsylvania to enforce the Clean Power Plan (CPP). This plan seeks to mitigate climate change and improve public health by limiting carbon pollution from existing power plants. Our best evidence indicates that power plants are the largest stationary source of carbon emissions in the U.S., and major contributors to climate change.

The time to act is now; we cannot step backward each time there is pressure to do so. I do not speak as an expert on carbon pollution or climate change, but as an advocate for people present and future and for our wonderful planet.

Clearly, Pope Francis' encyclical and visit to the U.S. were timed to coincide with the 2015 U.N. Climate Talks in Paris this December.

In his campaign for action on climate change, Francis proclaimed the existence of a "right of the environment" and pleaded with countries to stop abusing it. He connected climate change to the wider pursuit of equality, security, and justice for all, stating, "Climate change is a global problem with grave implications: environmental, social, economic, and political … it represents one of the principal challenges facing humanity in our day."

The world will be watching the Paris Climate Talks to see if leaders finally hammer out concrete carbon-reduction goals. Meanwhile, the CPP creates federal limits on power plants, providing a platform and mandate to continue shifting to clean energy, energy conservation, and healthier communities.

Pennsylvania, the third-largest carbon-emitting state, plays an important role in the plan's success. By 2030, the CPP requires Pennsylvania to reduce carbon emissions from power plants by 33.3 percent (below 2012 levels).

In contrast, Interfaith Power and Light, people of faith from across the U.S., are asking faith groups to sign the Paris Pledge. Signers will strive for a 50 percent carbon emission reduction by 2030, with a goal of being carbon neutral by 2050 (below 2005 levels). They will hand deliver pledges from congregations at the U.N. Meeting and ask global nations to sign the pledge.

U.N. Secretary Ban Ki-moon has challenged government and civil society leaders to bring bold initiatives and proposals which will drastically lower carbon emissions, close the emission gap, and put us on track for an ambitious legal agreement.

Pennsylvania can meet the EPA emissions levels. But I challenge Pennsylvania to take the Paris Pledge.

Being carbon neutral requires that we leave fossil fuels in the ground. Continued reliance on them to simultaneously provide energy and drive our economy is no longer a realistic option. The shale gas boom of the past decade has reinvigorated the energy industry in the state, but not without profound and far-reaching consequences. We need a ban on fracking and we need it now.

I am concerned about all of the environmental and health impacts of fracking; but especially about water, which is life itself.

We simply can't support a form of energy extraction that intentionally poisons and permanently removes large amounts of precious freshwater from the hydrologic cycle. We can't permit an exchange of life-giving water for climate-damaging oil. Let's not repeat our coal industry legacy with fracking.

As citizens of the Earth, we need to develop an ethic of stewardship, of responsibility and sustainability, in every facet of our life and society – in our businesses, our governments, our churches, and our schools.

Erie's economy depends on the tourism industry. The impacts of climate change, including fracking, will lead to continuing changes in temperature, rainfall, snow cover, and other climate variables: all things that affect activities which draw tourists to our area.

We must redirect our steps; the challenge that we face demands nothing less. Climate change threatens every facet of our economy: agriculture, energy, transportation, and tourism. It threatens the health, happiness, and future of our children.

As citizens of the Earth, we need to develop an ethic of stewardship, of responsibility and sustainability, in every facet of our life and society – in our businesses, our governments, our churches, and our schools. One way to make a difference is by implementing the CPP.

Pope Francis' encyclical is a call to action that includes honest dialogue; it is also a call to urgent actions that seek solutions in both our personal and public lives; and finally it is a call to a change in national and international policy. We must respond to the call because the Earth is on loan to each generation, and because caring for the environment transcends political and religious boundaries.

Benedictine Sister Pat Lupo, an environmental educator at the Inner City Neighborhood Art House, is involved in environmental advocacy at both the local and statewide level. Contact her at plupo@neighborhoodarthouse.org.