The core mission is obviously invaluable, but the bonus is the variety, made more eclectic given the smaller scope of their mission. 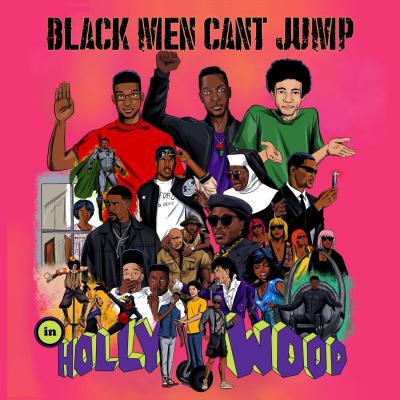 In Black Men Can't Jump (In Hollywood), Jonathan Braylock, James III and Jerah Milligan (Netflix's Astronomy Club: The Sketch Show) gather weekly to analyze "films with leading actors of color." While 2021 episodes have focused on new films — especially Oscar contenders like One Night in Miami, and Ma Rainey's Black Bottom — their usual selection is more varied. Think 2019's Michael B. Jordan-starring Just Mercy, being followed by Finding Forrester (a movie you probably caught on cable in the early 2000s), and then a Christmas episode. The core mission is obviously invaluable, but the bonus is the variety, made more eclectic given the smaller scope of their mission. Simply put, they talk about movies, like 2005's Roll Bounce, that other film podcasts don't bother with.

The recent Tenet episode is a good entry point. They offer up their typically energetic review; they discuss John David Washington and why nepotism doesn't bother them here (it's been helping white actors for years, after all); and they note the fun connection between this film and Denzel Washington's Déjà Vu. Find their Bad Boys episodes for more good starting points.

The concluding rating system has become the show's calling card, with the hosts determining if the movie helped the cause (more black/POC actors in leading roles) or hurt it. — Christopher Lantinen