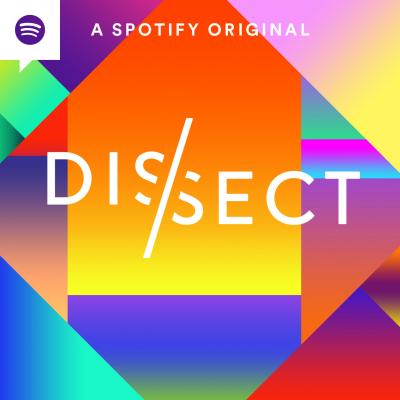 If you've ever thought you understood the writing and production process of creating an album, you may only have half of the story … if that. Currently in its eighth season, host Cole Cuchna's Dissect dives ocean-deep into Kanye West's album YEEZUS, the pod's second look into one of Kanye's works. "Note by note, line by line," as Cuchna describes it, Dissect is like an extensive literary analysis of some of popular music's most culturally impactful albums. In his expansive studies, Cuchna (and an occasional co-host) grabs listeners by their ears and minds to expose some of the deeper-rooted symbolism, metaphors, and at times mind-blowing moments of discovery of the work, history, and research that went into projects like Beyonce's Lemonade, Kendrick Lamar's To Pimp A Butterfly, and Frank Ocean's Channel Orange. For music and research nerds, this proves to be the perfect amalgamation of dedication to lyrical content, meanings behind melodies, and access to the historical backstory of albums like Beyonce's and Lamar's. While you can never know everything, this podcast is certainly a thought-provoking, you've-got-to-be-kidding-me presentational breakdown of some of our favorite music. As its website says, "Because great art deserves more than a swipe." Dissect releases new episodes every Tuesday while in-season. It's available on Spotify, Apple Music and other streaming platforms.