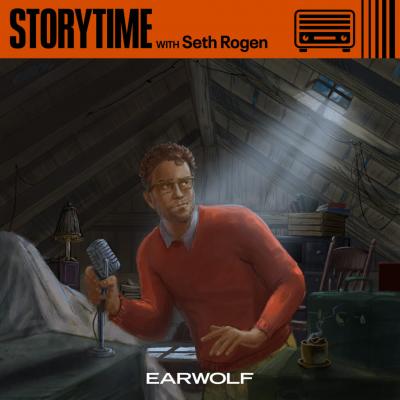 It's quite easy to be bitter about celebrity-led podcasts. After all, podcasting was originally intended as a barrier-lowering medium — a leveling of the entertainment playing field. So, when rich TV stars recap their own show (see Fake Doctors, Real Friends with Zach and Donald) or Conan O'Brien jumps in with a show, you ask yourself: "did you need to dominate this too?"

This is a long way of saying that Seth Rogen's Storytime with Seth Rogen eclipses all this preconceived disdain by way of a strong hook, superior production/sound design, and a rabbit hole narrative approach. The first episode features Quinta Brunson (A Black Lady Sketch Show) and her journey from Jehovah's Witness to aspiring comedian. Central to this journey is a chance meeting with the naturally inspiring Paul Rudd (who's announced in heavenly fashion — he basically appears as a guardian angel to Quinta). From there, we get to hear from Rudd, along with the humorous admission that he doesn't remember this meeting; we hear about Rudd meeting his hero Dan Wilson (frontman of band Semisonic), and Rogen then attempts to contact Wilson's hero (again, rabbit hole mentality here).

The episode and show boils down to memory, along with how this podcast can cleverly depict those recollections. That takes real effort. That takes a celebrity persona not just looking to cash in on podcasting, but one that actually cares about the format.