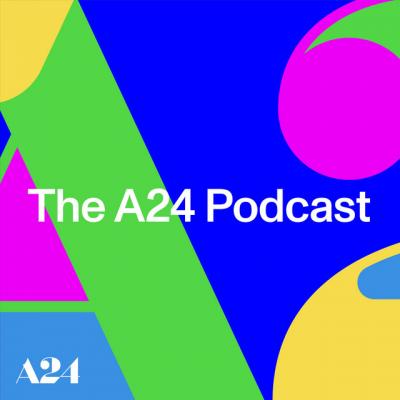 The A24 Podcast is based on a pretty simple concept. Put two talented people in the room; let them talk for an hour.

The magic is in the pairings though. Some are obvious; they take Jonah Hill's directorial debut (Mid90s) as an opportunity to reunite him and Superbad co-star Michael Cera. Some are thematic: Elsie Fisher, the young and authentic performer that anchors the film Eighth Grade, gets to chat with her 1980s counterpart Molly Ringwald. The more offbeat pairings, like Nathan Fielder and Euphoria star Alexa Demie, often lead to the most thrilling conversations; this one in particular rolls from Demie's high school sunglasses business, to Nathan Fielder's high school play Yellow Squash, to an examination of Fielder's logical nature and how that would play into potential interdimensional travel (you'll just have to listen to it!)

The show isn't particularly time-bound, so you can binge from the beginning, but other recommendations include the Toni Collette and John Early combination, and the recent episode featuring musician Michelle Zauner (Japanese Breakfast) and filmmaker Kogonada (the stellar After Yang).

A24 is the current king of indie cinema. This show takes that cred and uses it for some of the best guest bookings in the podcast world.