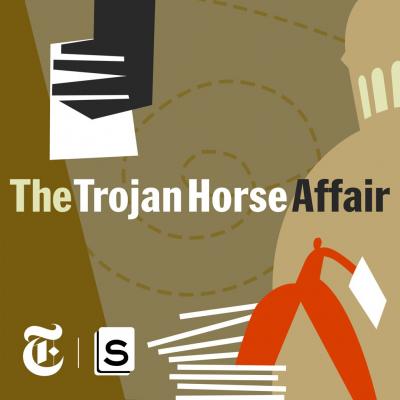 In 2013, an anonymous letter came across the desk of a Birmingham City Council member in England. In this letter, details were presented about an alleged plan for takeover of several schools in the area in order to introduce an "Islamist" culture into the school system.

While letters like this had plagued the council for the previous two decades, something about this one was different. Code-named Operation Trojan Horse, the story quickly spread and took off in the press, causing national panic. Before it was over, multiple investigations were launched, England's counterterrorism policy was revised, and the education system was massively changed.

Watching all this occur was Hamza Syed, a Birmingham native and doctor-turned-journalist. To him, the entire scandal didn't seem quite right, without anyone asking the most basic questions: Who wrote the letter, and why? A chance meeting with Brian Reed, host of S-Town, leads to the investigation to find the truth and ultimately answer the question: Who wrote the Trojan Horse letter? And why don't those in power want anyone to know?

Predictably, their quest for insights is fraught with tension and frustration, as probes into the local government and interviews with local politicians seemingly lead both everywhere (including all the way to Perth, Australia) and nowhere.

The latest podcast from Serial Productions (acquired by the New York Times in July 2020), this eight-part series concluded in February of 2022.