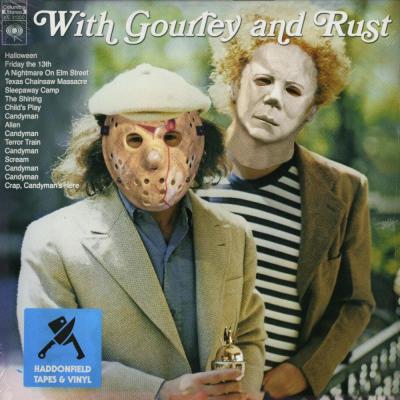 A self-professed "cozy-cast" that can often run close to three hours long, With Gourley and Rust can best be compared to watching a movie with friends  — something we could all use during these final hours of quarantine. (Ironically, one of their Patreon tiers rewards subscribers with synced commentaries to additional films, allowing listeners to actually watch the films with them in some capacity, but the same point stands for regular listeners.) Every Friday, Matt Gourley (Superego, Conan O'Brien Needs A Friend) and Paul Rust (star of Love and half of the band Don't Stop or We'll Die) discuss a film together — often part of a franchise, often horror-adjacent — usually something like an hour into recording. The rest of the show, which often feels minimally edited in a charming way, captures two friends catching up, telling stories from growing up and working in film, and generally trying to make each other laugh. It's an incredibly genuine and wholesome experience that leaves listeners caring less about Halloween 6: The Curse of Michael Meyers and more about their friends, Matt and Paul, who seem to burst with encyclopedic film knowledge and over-the-top anecdotes. In this way, and just in time for the weekend, it truly lives up to its "cozy-cast" status.