Politics and the Environment 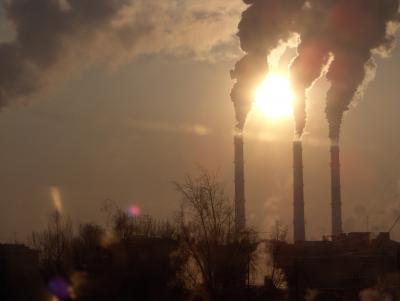 With so many people talking and many more not talking about climate change, I thought it would be productive to look back at the struggle within the political arena that outlines our country's legislative environmental movement.

As a student at Edinboro University I was privileged to have several dynamite professors in the GEO/ Environmental Studies Department. One class in particular was indeed named Politics and The Environment. This topic was eye- opening then and remains relevant today.

The Air Quality Act of 1967 is the forerunner of climate change legislation and what is interesting is its history. When we trace the origins of the Act we see the political process and the wheels turning ever so slowly toward resolution.

1955: This was the first time the topic of air pollution was ever discussed at the Federal level. Perhaps it was reflective of the time, an age of innocence concerning our habits and industry's role in the environment. This beginning took place during President Eisenhower's State of The Union address. He called for national research on air pollution; Congress then allocated $5 million for the research. The subject of air pollution was again brought to the political forefront by President Kennedy. He urged Congress to step up the research and was granted a two year extension of the 1955 Act. After Kennedy's assassination President Johnson was able to quickly move the Clean Air Act through Congress; he signed the Bill into law in 1963, saying: "Now, under this legislation, we can halt the trend toward greater contamination of our atmosphere." The president's comment to our nation after signing the bill into law and his sincerity was duly noted.

1966: As with any social crisis, (the 60's were full of them!), lawmakers began to see the holes in their work. This became apparent after a three- day atmospheric inversion (pollution at ground level) killed 168 people in New York City. Senator Muskie was instrumental in directing the outcome of the Act which contains some of the most complex and sweeping legislature ever passed. Muskie's Public Works Program had great political strength and pushed for further amendments in 1970. Research mounted and public pressure from Ralph Nader elevated Congress' role in addressing air quality in America. The process since Eisenhower dutifully warned the nation seemed slow and cumbersome but the politics of energy and commerce curtail quick solutions. Subsequent amendments continued in both 1977 and 1990.

1997: During President Clinton's administration a battle concerning the EPA's tightening of NAAQS (National Ambient Air Quality Standards) begun by industrial groups landed finally in 2001 before the U.S. Supreme Court where the actions of the EPA were upheld. While the CAA is Federal Law it is up to the states to carry out compliance issues with California always the leader.

2007: The EPA started regulating greenhouse gases and according to numerous sites and C2ES, (Center for Climate and Energy Solutions), this stemmed from yet another Supreme Court Ruling, Massachusetts v. EPA. Of the greenhouse gases, 76% fall under the Clean Air Act. The largest contributor to greenhouse gas emissions is electric generation.

2015: President Obama announced the EPA's Clean Power Plan which hopes to slash carbon pollution. As stated earlier while the plan has national uniformity concerning power plants, this is a state-by-state goal-oriented plan based on each state's current energy patterns.
Former Vice President Al Gore's Climate Reality Project and his Leadership Corps asks us all to raise the awareness of the problems the world, "our blue marble" in space, faces and raise support for Earth's defense. We must do this on a local, regional, state, national and international level. This should be the primary issue during the upcoming elections and always with industry. Please remember our greatest right is our ballot. Elected officials at every level must represent this extreme fact: Climate change is real. It is scary. It is the focus of the upcoming COP21 talks in Paris.

Today: As we enjoy the glory of the fall colors in our beloved Penn's Woods, the sunsets over Presque Isle, and the scenery and resources our state has to offer, it is easy to see how Erieites will want to embrace the actions that will preserve our region, our state, and our nation. According to the Pennsylvania Fact Sheet, average electric bills will fall about 10percent under the Clean Power Plan. Now that is something each of us can appreciate! Not to mention that the growth in the solar and wind field has surpassed early projections, and that spells jobs right here where we have been steadily losing them. The large issues seem overwhelming and frightening unless we remember small steps done collectively do make a difference. What can we do? Surely there are steps to take and they begin at home. If electric generation is the largest contributor to the buildup of greenhouse gases, then we can conserve electricity in our own home. Turn off lights; unplug appliances when not in use, and power down electronic devices. Other simple ideas include: using Energy Star qualified products, bulbs, and light fixtures, installing a programmable thermostat, insulating your home, and remembering the 3R's: reduce, reuse, recycle. Buy local, buy from green companies when possible, buy bulk (less to recycle), and use reusable bags. And most importantly, vote!
Visit EPA.gov for simple strategies we can all use.

Janine Fenell is a Climate Reality Leader trained in 2015 Cedar Rapids, Iowa and Miami. Visit climaterealityproject.org for more information and to join the 24 Hours of Reality, hosted by Al Gore Nov. 13 and 14, 2015.