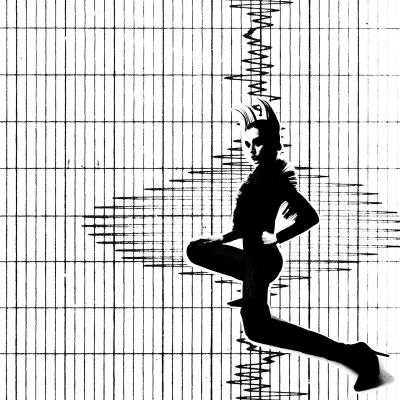 Over the past two years, Poppy has emerged as not only one of the most exciting artists in metal, but in music as a whole. Shedding much of her YouTube persona and (U.K. record label) PC Music ties, last year's I Disagree marked a new path for the singer and performer, one that blended hyperpop with nu-metal guitar riffs (and led to a tour with Deftones and Gojira).

Now, a little over a year later, Poppy reclaims her creative control with Flux, an album executed just as strongly, but lacking some cohesive vision. Recent fans will want to know that her screams are sparse here, used strictly to underline particularly tense moments. Still, she swaps genres between tracks like an ever-changing rack of costumes, from the standard alt-rock of the opening title track to the skate-punk of "Lessen the Damage," and the "Lithium"-aping power-pop of "So Mean" to the grunge of empowering single "Her." Unfortunately, about half of the LP feels a bit aimless, offering songs that sound nice but failing to present anything as exciting as her most recent releases, including memorable hooks. Flux is a pleasant album for listeners interested in seeing the artist grow in real-time, but it may leave some fans wanting more. — Aaron Mook