From July 5 to Aug. 23, Port Erie will host its annual 8 Great Tuesdays concert series at the Liberty Park amphitheater. 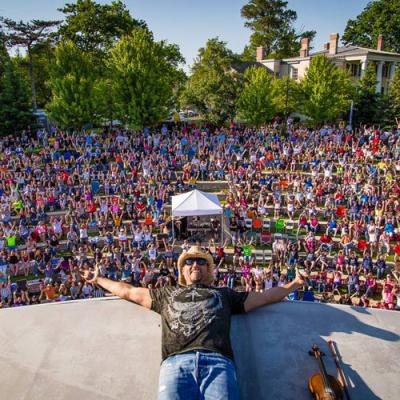 The first show in the series will serve as a tribute to several music legends who have been lost and missed by music fans everywhere. Rock, Roll, and Remember will bring together approximately 20 local artists, including Eric Brewer, to honor beloved musicians like David Bowie, Prince, Glenn Frey, and others.

"Their influence can't be understated," said Doug Phillips, who will participate in the show. "It's an honor to be asked, especially to put on a show like this."

The July 12 show will feature Chris Higbee with opening performers, The Gilligans. From Dawson, Pennsylvania, Higbee grew up on a farm with a passion for country music. He claims that his "performance energy is so infectious it has been known to convert the most stubborn non-country music fans into HigBillies, the self-named fan base."

Performances begin at 6:30 p.m. (except on Aug. 2 when it will begin at 6 p.m.). The shows are free to all ages, though anyone under age 18 should be accompanied by an adult. A free shuttle service, courtesy of the EMTA, will be available from 5 p.m. until after the event ends. – Tracy Geibel