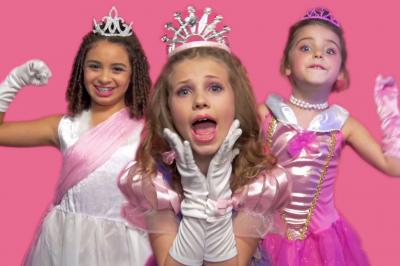 It's no big secret, but there are hidden powers in profanity.

Profanity is each of these and like Ralphie's dad in A Christmas Story, I too, like to weave tapestries of obscenity. Some would say it is my most practiced artform. Gladwellian, in fact.

As a pseudo professional type and genuine father figure, I struggle with this love of things four-lettered and where to place it in my everyday life.

One thing I never question is the use of obscene language in the service of a good cause or a great message.

Critics of this ethos argue that one should employ a stronger vocabulary or that profanity is a sign of diminished intelligence or lack of caring.

The passing of Ben Bradlee earlier this week reminded us that neither of these is true. As David Carr of the New York Times pointed out, Bradlee loved to emphasize important points with a "sailor adjective." Bradlee was hardly lacking in intelligence or care for the construction of a great phrase or story.

Neither were the creators of an advertisement for the tee shirt company FCKH8.com, a socially conscious brand that chooses to engage audience with shock and awe rather than persuasive appeal.

The company's most recent ad, "Potty-Mouthed Princesses Drop F-Bombs for Feminism," is the latest in a string of web videos by FCKH8.com to take on social and political issues with unconventional messaging techniques.

The potty-mouthed princess campaign features five elementary school aged girls hanging their own tapestries of obscenity in support of feminism.

Almost immediately, the video drew the ire of The Five opinion panel on Fox News, which clung more to the use of profanity than to the message these young ladies were peddling. But then again, this is the same panel that includes Kimberly Guilfoyle, who recently told young women to focus more on tinder and match.com than on the upcoming elections. How progressive?

But rather than besmudge the point by laboring over the idiocracy that perpetuates public voices like Guilfoyle, let's return to the matter at hand.

The Potty-Mouthed Princesses force parents and the public at large to consider what's being said rather than how it's being said, and they do so by taking on important social issues of the 19th Century. In other words, the FCKH8.com message is not new, but the four-letter princess parade gives it a profound and powerful punch.

Comments, obscene or otherwise, can be sent to jWertz@ErieReader.com or tweeted @jim_wertz. Style points will be awarded.