Punked Out at Basement Transmissions 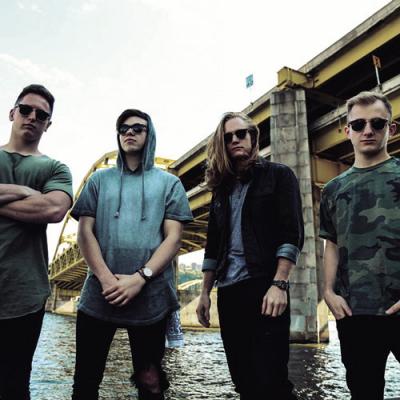 Riviera and Bleacher Days will be performing at Basement Transmissions in another punk rock showcase by Heel Heat Productions.

Riviera, from Morgantown, West Virginia, evenly blends pop punk with pop rock, making their sound easily palatable to a wide range of audiences — not too fast-paced for easy listeners, and not too much like bubblegum pop for punk fans, just the right middle ground. The success of their album A New Place Like Home earned them the chance to play with pop punk superstars like Good Charlotte, Simple Plan and others on a four-day cruise ship festival, Warped Rewind at Sea.

From Avon, Massachusetts, Bleacher Days play straightforward pop punk. There isn't much else to say about the band other than they're just purely fun to listen to. What's not to love about catchy choruses and guitar riffs? Fans of The Story So Far and Knuckle Puck should check out their album Head Change.

Filling out the local end of the bill are Archway, Meadville-based emo/punk with an EP released on Panic Records; Dear Brutus, acoustic punk from Titusville; and Paper Matches, blues infused punk rock from Erie.

Heel Heat Productions has been bringing a lot of exciting bands to Basement Transmissions lately, and this show is now exception. So come to the show to be sure not to miss the great things happening in the local music scene. — Tommy Shannon