Folk superstar takes his biggest, boldest steps yet – not dipping a toe but getting ankle-deep in psychedelic folk. 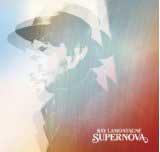 It all started ten-plus years ago with that warbly, charcoal tenor crooning Trooooouuuble, trouble, trouble, trouble – trouble been doggin' my soul since the day I was born... LaMontagne's follow-ups to his debut record – 2006's Till the Sun Turns Black and 2008's Gossip in Grain borrowed from LaMontagne's woe-fueled wintertime sorrow and pining storytelling, leaving listeners little to distinguish any artistic development or maturity. LaMontagne turned to the Pariah Dogs to churn out his fourth album, and the evolution became more evident with God Willin' And The Creek Don't Rise. But it isn't until 2014's Dan Auerbach-produced Supernova that LaMontagne takes his biggest, boldest steps yet – not dipping a toe but getting ankle-deep in psychedelic folk. Auerbach adds to the record with reverb-rich electric guitars but does so without smothering LaMontagne's signature sound. Album-opener "Lavender" and album-title track "Supernova" are standouts, but the record's other eight tunes carry their own, making Supernova a welcomed fun, chill, bright summertime spin. —Ben Speggen