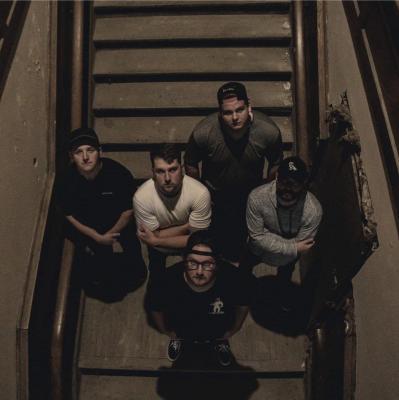 Erie's own Real Fake Doors join The Happy Alright, Rare Candy, and Tyler Smilo at Lola's Lounge in the Avalon Hotel in another prime production of The Andromeda Agency.

The pop punk quintet has made its rounds opening countless gigs over the past year, playing off of its debut EP, 11th and State, with the most hype coming from the EP's single "Falling" and its accompanying music video. But now Real Fake Doors are getting their shot at headlining, with a new music video for the upcoming single "Waiting" dropping the day before the performance.

Hitting the road with The Happy Alright is Rare Candy. Rare Candy is the acoustic solo project of the bassist of Chicago-based pop-punk band Belmont, Alex Weiringa. Many of Rare Candy's tunes could be pop-punk anthems in their own right, were he to plug into an amp and go on stage with a full band, but other tracks, like his latest release "Want You to Know," take a more acoustic ballad approach.

Opening the show is acoustic folk artist Tyler Smilo. Smilo has a deep discography of eight albums since 2014, with the latest, The Future Looks Mighty Ole Timey, having just arrived on Feb. 13. In 2018 Smilo teamed up with several local musicians under the name Smilo & the Ghost to release the very heartfelt folk rock album Ghost Writers. — Tommy Shannon