Tony Award-winning best play of 1971, Sleuth, is coming to Erie's All An Act Theater. 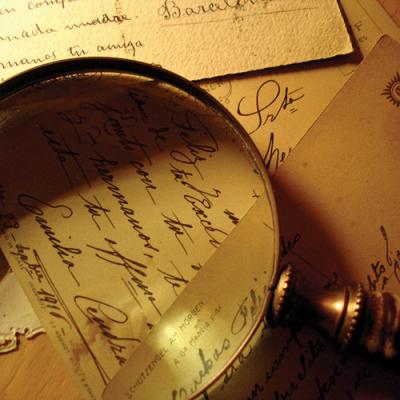 Summer in Wiltshire, just 100 miles outside of London. A country estate, inhabited by a celebrated mystery writer with an indefatigable obsession with puzzles and games. His wife's lover has been invited to partake in a new sort of game — one where the lines between fiction and reality become hopelessly blurred and where the roles of cat and mouse are never fixed.

Thus begins the Tony Award-winning best play of 1971, Sleuth. Written by Anthony Shaffer and adapted no less than three times for film, it is now coming to Erie's All An Act Theater, starting August 18 and running on Fridays, Saturdays and Sundays through September 10. This production features two men doing double duty; artistic director David W. Mitchell and managing director Larry Lewis not only play the leads (mystery writer Andrew Wyke and his younger rival, Milo Tindle), they are sharing on-stage directorial responsibilities as well.

Audiences might be surprised when they do not, in fact, see anyone else on stage other than the two leads. Sleuth is a two-man play where the actors must, "…depend on each other to give a solid performance every night and make adjustments if things go wrong," Lewis said. His co-star Mitchell added, "You almost move as one throughout the show, because there's no one else entering a scene to save you." — Cara Suppa