Rediscover Love with An American in Paris at the Warner Theatre

A show filled with optimism, romance, and adventure 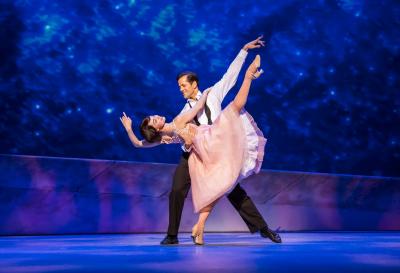 NOTE: AS PER THE STATEWIDE CLOSURE OF ALL NON-ESSENTIAL BUSINESSES, ALL EVENTS FOR TUESDAY, MARCH 17 ARE CANCELED UNLESS OTHERWISE NOTED.

An American in Paris, a period take on love and war, will hit the Warner Theatre in the latest installment of Broadway in Erie. The show centers on Jerry Mulligan, a World War II veteran looking to start a new life in freshly liberated Paris. Things take a turn when he meets Lise, a young Parisian shop owner with a secret, and realizes that he is not the only one vying for her affection.

The story has proven to be a hit with audiences because it truly has something for everyone: it is optimistic, romantic, and adventurous in equal measure. Fans of theater and classical music will also be thrilled to know that the composition was originally written by American composer George Gershwin, who was behind pieces such as "Rhapsody in Blue," "Swanee," and "Fascinating Rhythm."

The film makes use of some of Gershwin's most captivating, jazz-influenced work, including songs like "'S Wonderful," "Stairway to Paradise," and the iconic "I Got Rhythm." Together, these soaring melodies match the charming energy of this uniquely exciting story. With The New York Times referring to An American in Paris as "pure joy" and "a triumph," there's never been a better time to experience Broadway in Erie. — Aaron Mook