As industry grows, new opportunities must be colorblind 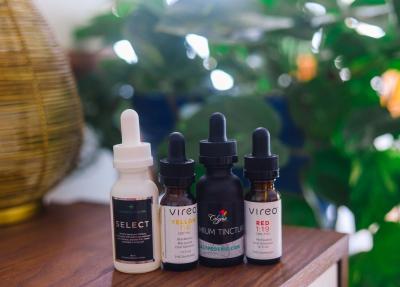 "Have you ever met the funny reefer man?

If he takes a sudden mania

He'll want to give you Pennsylvania

Oh, you know you're talking to the reefer man."

Cab Calloway, Dizzy Gillespie, Count Basie, and Louis Armstrong were all jazz prodigies, bringing swing into the 1930s. Marijuana was illegal in 29 states when "Reefer Man" was written in 1931, but there was no federal ban on it at the time.

In fact, Armstrong's prevailing romance with "Mary Warner" stretched past music. As Dizzy Gillespie once remarked, Armstrong "refused to let anything, even anger about racism, steal the joy from his life," using a few puffs of "good shuzzit" to remind himself of a wonderful world during the Prohibition era.

Unfortunately, the forthcoming war on drugs became an enduring instrument of oppression used to further political agendas rather than address racial injustices.

A recent study conducted by the American Civil Liberties Union (ACLU) found that although cannabis use is roughly equal among Blacks and whites, African Americans are over three times more likely to be arrested or cited for cannabis possession as compared to whites.

As for Erie County, there is no data that points to this specific problem, but Pat Kennedy, public defender of Erie County, said there are a couple of reasons that people do or do not get charged for marijuana usage: inconsistencies with police agencies and charge variances. Agencies that believe there are more serious crimes than marijuana-related charges may not charge for possession as quickly as other agencies might. In places like the City of Erie specifically, there is an ordinance that possession of 30 grams or less of marijuana is a summary offense as opposed to a misdemeanor, so those charged may be given the opportunity to plead guilty to the ordinance violation first — and incur a $25 fine for possession or $100 for smoking in public.

Since the Uniform Narcotic Act of 1934 —state laws that included regulations of cannabis and the authorization of police power to seize drugs and punish lawbreakers who didn't have specific licenses — criminal penalties and mandatory minimum sentences resulted in a rise of incarceration rates. This higher incarceration rate allowed Nixon to declare a war on drugs, and he continued to market drugs as evil to receive funding and support for his bills.

Tim Hawkins, the vice president of retail operations for Green Thumb Industries (parent company of RISE Dispensary), commented about these injustices, saying, "For so long, we've all been told that this is an addictive drug, a Schedule I drug, a gateway drug, and none of those things are true. For a very long time, we've been told that by our government, and we are just now all learning that none of that was true. The war on drugs was a farce. It did nothing but harm our country and harm so many people disproportionately, of color, and this tends to be a growing trend or a trend that is being spoken about more and more in this country."

RISE opened another dispensary location in January located on Rotunda Drive, where Planet Fitness was once housed.

The new building is split in half; one part dispensary and the second part an education and outreach center. The education center intends to serve as a way to expand upon their efforts to inform the community of the benefits of marijuana and help people to receive their medical marijuana cards.

Going forward, the question of marijuana legalization is still up in the air. Both Kennedy and Hawkins agree that the commonwealth has been very clear about wanting marijuana legalized, reporting a 70 percent support rate.

However, considering possible legislation raises new issues. The cannabis industry continues to grow, and more than 4,000 residents of Pennsylvania have jobs directly related to dispensaries, cultivation, or testing labs in the cannabis industry. With the passing of adult-use, Hawkins says that number will probably double or triple gradually, but aside from the economic benefits, the legislature would have to address the restorative justice aspect.

To date, less than 1 percent of licenses to sell cannabis have gone to Black Americans because any prior cannabis-related offenses prevent people from obtaining licensure. As a result of disproportionate charges in a community, white people are more likely to be granted a license and benefit from an economy that has incriminated Black people for using that same product.

"We strongly believe in the social equity side of legislation going forward," Hawkins said.

"For those folks who have been arrested and have this on the record, once it does become legal for adult use in Pennsylvania, the first thing that should be taken care of is expunging every single one of those records that's out there and removing them so that those folks, anyone who has a record, can go out and get a job in the cannabis industry."

Along with his concerns, Hawkins seemed optimistic about the future with RISE's presence in Erie. As the company's mission states, "Our real power is in our people and our shared commitment to giving back to the communities we serve."

This shared commitment could be the key to a new beginning, both in the community and within the broader sense of morality.