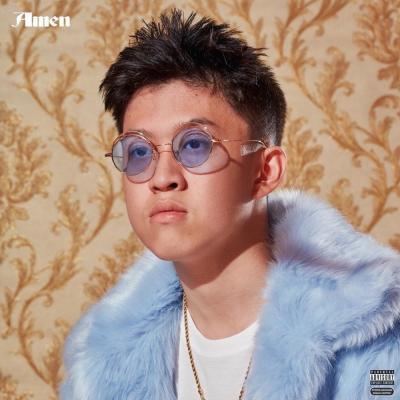 Born from the same space as friend and featured guest Joji (formerly known as Youtube's callous and crude Filthy Frank), Amen is a hip-hop debut that reflect Rich Brian's overnight growth and desire to be taken seriously. Initially arriving on the scene as Rich Chigga with novelty single "Dat $tick,", the young Indonesian rapper immediately recognized his own potential (and somewhat questionable moniker) and ditched the gags in favor of something much more tangible. Amen still has its growing pains, but it stands as solid as any hip-hop debut of the past year. Most of these growing pains are confined to one area, and that's lyrics. There's not much of anything to be said here, which is slightly disappointing considering Brian's unique background as a viral Indonesian-American artist. But most of the time, we're just content to hear his surprisingly slick flow over beats that would make Youtube's own "Lo-Fi Hip-Hop Radio" videos blush. From the appropriately brisk "Cold" to a standout collaboration with Joji and the Mac DeMarco-referencing single "Glow Like Dat," Rich Brian does anything but squander this first shot at a seriously impressive project. — Aaron Mook

How Chronic Pain Plagues Its Victims

by Aaron Mook2 hours ago

by Aaron Mook2 hours ago

This American Song // People of the Stars