This sailor drowns in the sound of imitation 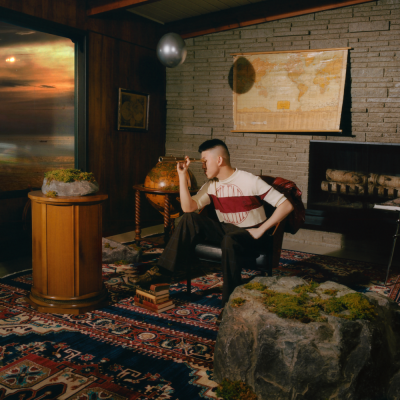 Breaking out of the Internet game can be tough. Rich Brian first rose to fame as the viral rapper behind "Dat Stick," garnering fame alongside fellow YouTuber Joji (formerly known as Filthy Frank). His first shot at serious music, Amen, was a surprisingly solid collection that showcased Rich Brian's level of talent and commitment to growth. While sophomore effort The Sailor is almost certainly more impressive from a technical aspect, something about its delivery feels off. "Kids" bounces along to strings and vintage horns like a Late Registration-era Kanye cut, an attention to arrangement that is not lost elsewhere throughout the album. Rich Brian's Achilles heel is still a lack of original ideas, as he consistently seems to lift from the rappers that inspire him most. It hardly feels malicious, but the rapper's attempt to create a concept using altered vocals on the album's opening track feels immediately connected to Kendrick Lamar's Damn., and it's far from the only time that vibe comes through on the album. Rich Brian is competent, and he sounds hungry, but it's going to take more than Mac Miller or Tyler, the Creator worship for his career to truly take sail.