Any doubt that a derailment could happen here was erased March 1 when 16 cars on a 34-car Norfolk Southern train hit the dirt in nearby Ripley, New York, at about 9:30 p.m. 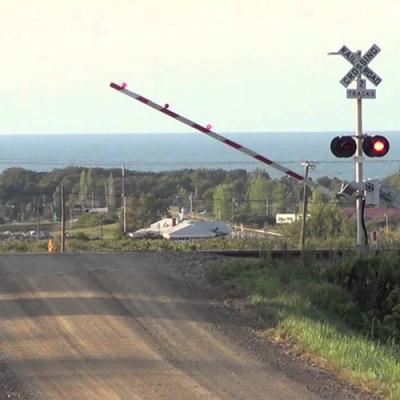 Any doubt that a derailment could happen here was erased March 1 when 16 cars on a 34-car Norfolk Southern train hit the dirt in nearby Ripley, New York, at about 9:30 p.m., spilling ethanol fuel from two tankers and raising fears that a car carrying liquid propane could explode. First responders knocked on doors of 50 homes within 1,000 feet of the tracks, evacuating local residents to safety at the Ripley United Methodist Church. There were no reported injuries.

Punctures were patched and a new foam trailer, delivered just three weeks before the accident, enabled emergency responders to quickly suppress 408 of gallons of spilled ethanol and keep it from igniting. Hazmat and cleanup crews then drained and offloaded the remaining ethanol. One tank car can hold anywhere from 20,000 to 30,000 gallons of fuel. The propane tanker was found to be intact.

"They did all the right things. Potentially, it could have been a disaster," says Leone.

Officials said it was too early to speculate on the cause of the derailment. "We're going to look at all possible factors," says Dave Pidgeon, spokesman for Norfolk Southern. "All weather, mechanical, human, and non-human factors will be considered."

Investigators from the Federal Railroad Administration were on site right away. Norfolk Southern has until April 30 to file its own report to the FRA. – Lisa Gensheimer