Romolo Summer Music Series Melts In Your Ears, Not In Your Hands

Lean back, relax, and be a sponge for the ear candy Grandpa Romolo's boy Tony Stefanelli has assembled for you. 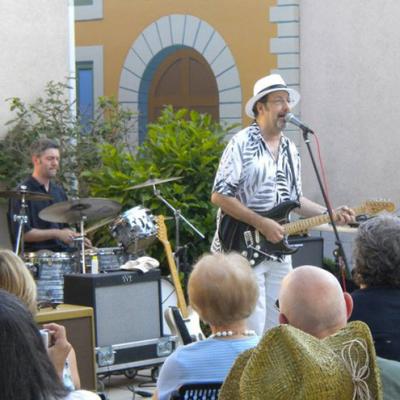 The cacao tree is a notoriously fickle specimen, growing only in the tropics (within 20 degrees north or south of the equator), requiring heavy rainfall (no less than 66 inches), a shading canopy, and protection from a host of diseases and pests. But considering its pods yield the beans used to produce "theobroma cacao" – or "food of the gods" (i.e., chocolate) – the fuss seems pretty well worth it.

Since 2010, the Romolo Chocolates Summer Music Series has been treating Erieites to cochlear confectionery free of charge.

Unlike cacao trees, great music can be found living where you least expect it – even at a candy shop. Since 2010, the Romolo Chocolates Summer Music Series has been treating Erieites to cochlear confectionery free of charge. Of course, the goodies inside the facility will be available at cost (call it "shameless chocolatiering" or call it "business") – but considering that Spanish conquistador Hernando Cortez had to pose as a deity, infiltrate the Aztec capital of Tenochtitlan, and ultimately usher the fall of an empire for his taste of chocolatl (kind of a hassle, believe me) – well, a few bank notes are but a "truffle."

You won't need a golden ticket or the backing of the Spanish Crown to voyage into the world of imagination that is jazz. However, you should plan on enlisting the backing of a lawn or patio chair for lumbar support – the outdoor piazza fills up quickly.  Lean back, relax, and be a sponge for the ear candy Grandpa Romolo's boy Tony Stefanelli has assembled for you:

Michael Occhipinti and the Sicilian Jazz Project (July 2) – Guitarist and arranger Michael Occhipinti wanted to reference American jazz in his research of traditional Sicilian music – so he asked for extensions on it. Re-imagined and re-harmonized takes of standards such as "Muorica" (as a seductive bossa) and "Vitti na Crozza" (drizzled with a little extra virgin honest-to-goodness funk) highlight the series opener.

Martino Organ Trio (July 9): Pat Martino is a six-string Lazarus, relearning his instrument from the ground up after suffering a brain aneurysm in the '80s. He is still killing it in his second life, continuing to play alongside top-flight musicians such as the (also) Grammy-nominated Pat Bianchi (organ) and Carmen Intorre Jr. (drums) in this combo.

Richie Cole "Alto Madness" (July 16): Chocolate is a known saxphrodisiac, and sure enough, sax tonalities will be explored here at Romolo. An alumnus of the Buddy Rich Big Band, Cole championed bop when others of his time were eschewing jazz conventions during the fusion movement. Cole is noted for his sense of humor and lively, exuberant sound.

Don Braden Group feat. Vanessa Rubin (July 23): It don't mean a thing if it ain't got that swing. Is that to say an existence without swing is therefore meaningless? It's a difficult notion to swallow (it may go down easier with a delicious handspun milkshake from the Cocoa Café), but those in attendance may find relief in Don Braden Group's well-defined sense of rhythm.

Victor Garcia Trio (July 30): No, the other Victor Garcia. Trumpeter and bandleader Garcia shares a name with the Latin heartthrob behind the hit "Otra Vez" (and little else) – but you will assuredly feel the pulse (your circulation may improve after consuming an antioxidant-rich dark chocolate meltaway – just saying) in this trio's cool command of the caliente. – Matt Swanseger