Room Tells an Intimate Story of Abduction, Escape, and Resilience

Lenny Abrahamson's 2015 film Room is many things at once – a horror movie, a family drama, an examination of sexual abuse, and the survival tale of a "wild child" who grows up outside the confines of civilization. 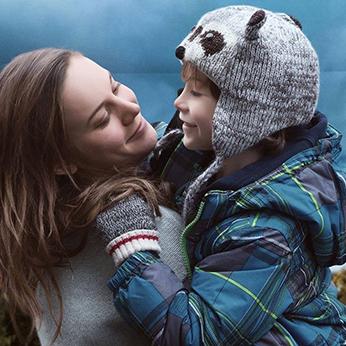 Lenny Abrahamson's 2015 film Room is many things at once – a horror movie, a family drama, an examination of sexual abuse, and the survival tale of a "wild child" who grows up outside the confines of civilization. Its unique combination of elements makes for an engrossing experience, even when the occasionally overloaded narrative dulls its impact.

The story is a gruesome one: A 17-year-old girl (Golden Globe winner Brie Larson) is abducted by a sexual predator and held captive for seven years in a shed behind his house. During that time, she is raped repeatedly, gets pregnant, and raises a son who has never set foot outside of their room (hence the title). To maintain a sense of normalcy for the boy, she concocts an innovative mixture of fact and fiction about his tiny universe and how it operates.

Room is also a story of escape, adjustment, trauma, and healing. About half of its runtime occurs after they make their exit, as they process years of abuse. When the film focuses on the intimacy between mother and child, it's especially rewarding. Larson's complex performance makes the story resonate despite its more implausible plot points.

Though Room is careful to avoid movie-of-the-week sensationalism, I can't help but wonder what it might feel like with a less tabloid-friendly premise. Its strongest moments are, in a sense, its most familiar ones – such as a mother's efforts to shield her kid from atrocities, or a grandfather's struggle to accept a child of rape. By contrast, when the focus turns toward the news media's handling of their abduction, I'm reminded that I'm watching a movie, rather than hearing from two survivors of extreme abuse.

Room is fascinating and certainly worth seeing, but in a world where the vast majority of rapes occur between intimate partners, family members, and acquaintances, its tale of villainous abduction feels like a needless contrivance. – Dan Schank