The National Association of Black Journalists president will address "The Changing Media Landscape." 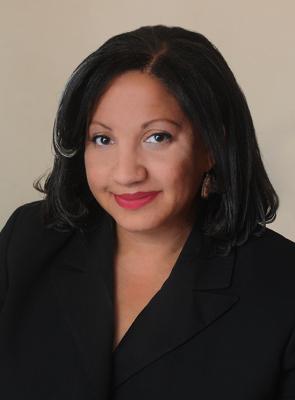 When Sarah Glover graduated with her MA in Communication Studies from Edinboro University of Pennsylvania in 2007, I wonder if she dreamed of the day when she would return as the President of The National Association of Black Journalists (NABJ)? If so, that dream is coming true on Friday, Feb. 12, 2016.

Glover will be in Edinboro speaking about "The Changing Media Landscape." A large part of her vocation involves preparing black journalists to be effective and understand today's media climate. She established a community on Facebook for journalists with a mission "to ensure there are journalists of color prepared for social media and digital journalism jobs."

Glover has an impressive list of accomplishments including serving as a Governing Board member of Philadelphia's Pen & Pencil Club and leading The Daily News video team on "Tainted Justice," a Pulitzer prize-winning series that led to the Federal investigation of the Philadelphia Police Department. She also covered the Pope's historic visit to Philadelphia, and is slated to go to the World Media Summit in Qatar this year.

Glover has been awarded fellowships from the Kiplinger Program in Public Affairs Journalism and Knight Digital Media Center. Before attending Edinboro and obtaining her MA, she held a dual undergraduate degree from Syracuse University in African American Studies and Photojournalism. In addition to being the president of NABJ, Glover is currently the media editor for NBC-owned television stations.

The Department of Journalism and Public Relations at Edinboro University is "absolutely delighted that Sarah has found the time to return to campus to share her informed and interesting perspective on changes in the media industry," says department Chairperson Tony Peyronel.

The event will take place at 7 p.m. on Feb. 12, in room 107A of Compton Hall. It's free and open to the public. Be sure to take advantage of this important opportunity to gain insight from a voice of great experience in today's media world.